null 80% of graduates in the field of education are women

Print 80% of graduates in the field of education are women 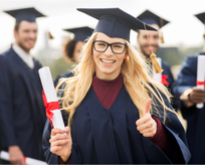 Almost 5 million tertiary education students graduated in the European Union (EU) in 2015: 58% were women and 42% men.

Male dominated fields are 'Information and Communication Technologies' (where men account for 81% of the graduates) and 'Engineering, manufacturing and construction' (73%).

On the other hand, four out of five graduates in 'Education' are women (80%). Another field where women are largely overrepresented is 'Health and welfare', with 74% female graduates. 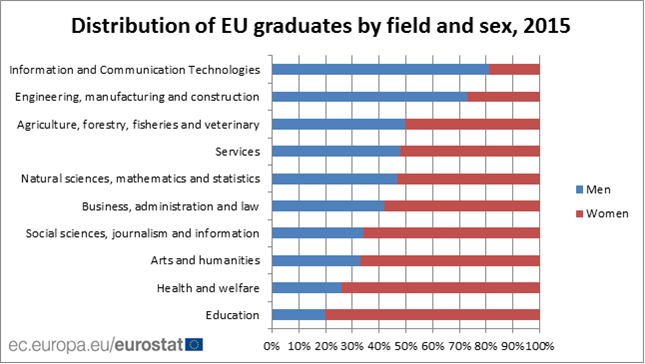 One in four graduates studied 'Business, administration and law'

The largest share of graduates in the EU studied 'Business, administration and law' (24%). This was the most popular field in all Member States except for Belgium, Denmark, Sweden and Finland, where the largest share of graduates were in 'Health and welfare', and Portugal, where the most popular field was 'Engineering, manufacturing and construction'.

'Business, administration and law' was particularly popular in Luxembourg, with 39% of all graduates. It accounted for a large share also in Cyprus (35%), Bulgaria and France (both 34%).

One in five graduates in Germany (22%), Portugal (21%) and Austria (20%) received their diplomas in 'Engineering, manufacturing and construction'.

The share of graduates in 'Health and welfare' was the highest in Belgium (26%), where one in four graduated in this field. 22% of graduates in Sweden and Denmark studied this subject.

'Arts and humanities' were a popular field in the United Kingdom and Italy (both 16%).

16% of the graduates in Bulgaria followed the 'Social sciences, journalism and information' programme.

The largest share of 'Education' graduates was in Cyprus (18%).

With 13%, the United Kingdom had the highest share of 'Natural sciences, mathematics and statistics' graduates. 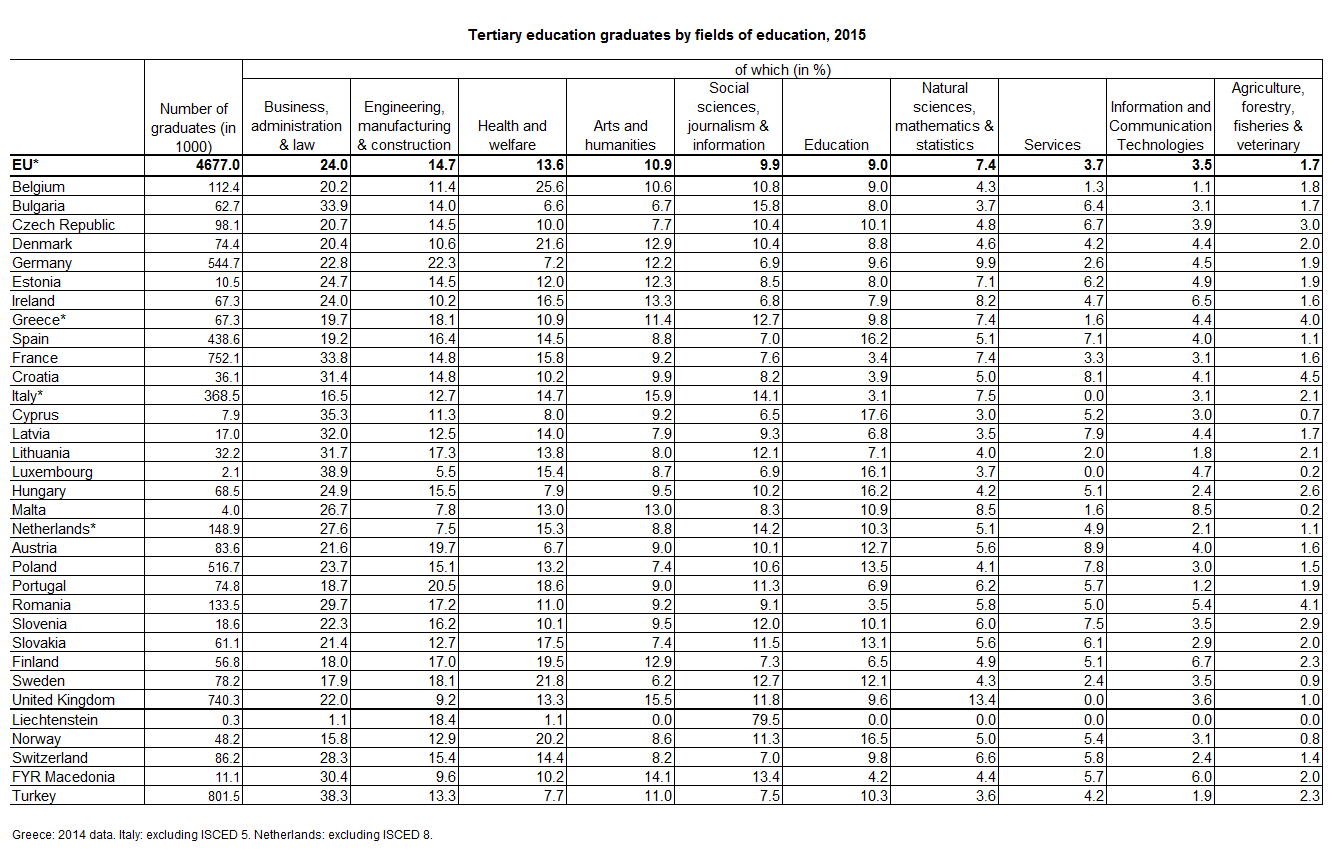 The source dataset can be found here and here.