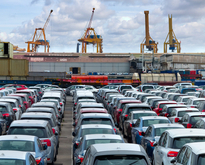 The motor vehicle industry, which includes passenger cars, lorries, tractors, motorcycles, trailers, parts and accessories of motor vehicles, is of major importance to the EU economy. It also plays an important role in global international trade. In 2016, the EU was the largest exporter of motor vehicles in the world, with total exports (to countries outside the EU) amounting to EUR 192 billion. Japan was the second largest exporter (EUR 127 billion), followed by the United States (EUR 109 billion).

On the other hand, the United States was the largest importer of motor vehicles in the world (EUR 254 billion), far ahead of the EU (EUR 77 billion) and China (EUR 64 billion).

Motor vehicles imported by the EU in 2016, came mostly from Turkey (20 % of all EU imports of motor vehicles), Japan (19 %), the United States (14 %), South Korea (10 %) and China (8 %). It should be noted that exports and imports relate to the country where the vehicle was produced and not to the nationality of the enterprise. 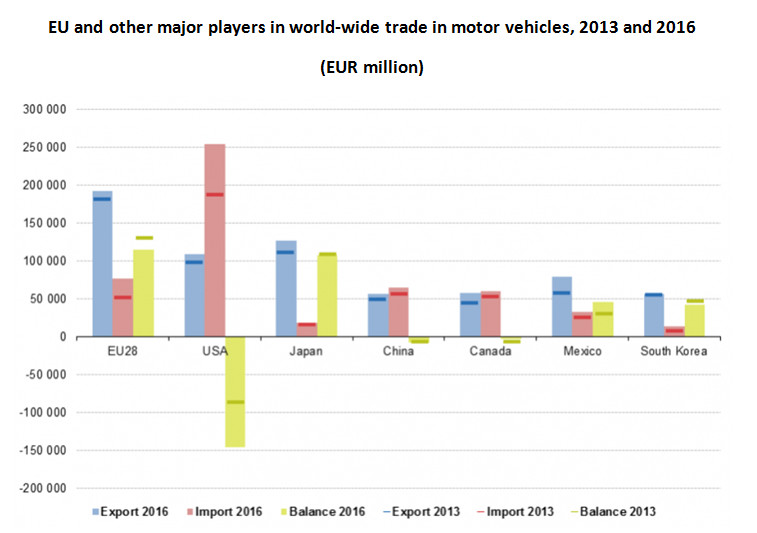