null Do you feel depressed?

Print Do you feel depressed? 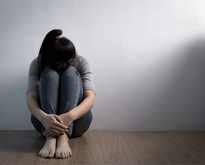 6.8% of the adult population (18 years and over) in the EU report experiencing current depressive symptoms. 2.9% say their symptoms are major. Depression causes persistent sadness, a loss of interest in activities that you normally enjoy and an inability to carry out daily activities. According to the United Nations health agency, depression is the leading cause of disability worldwide.

The Member State with the largest share of population reporting depressive symptoms is Hungary (10.5%), followed by Portugal (10.4%) and Sweden (9.0%). These symptoms are less common in the Czech Republic (3.2%) and Slovakia (3.5%).

Women seem to be more affected than men: 7.9% of women in the EU report experiencing current depressive symptoms against 5.5% of men. 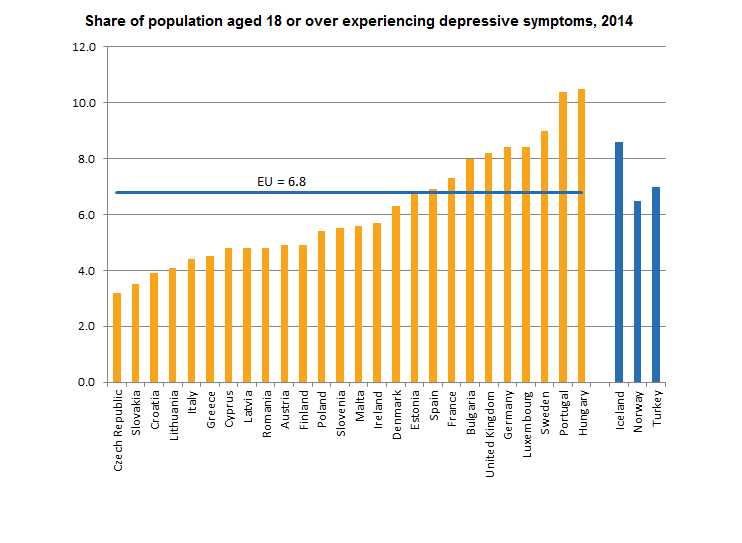 Belgium and the Netherlands: data not available