The FIGARO project compiles EU-inter country Supply, Use and Input-Output Tables (EU-IC-SUIOTs) also referred to as the FIGARO tables.

Why do we need FIGARO tables?

The FIGARO tables are a tool for analysing the socio-economic and environmental effects of globalisation in the European Union (EU) – through studies on competitiveness, growth, productivity, employment, environmental footprint and international trade (e.g. global value chains).

The FIGARO project aims to produce experimental tables for the reference year 2010 in the European System of Accounts (ESA 2010) methodology. The tables are used to evaluate EU policies and assess the position of the EU/euro area in the world.

The FIGARO tables are part of a collaborative

The FIGARO tables will contribute to the OECD's global inter-country input-output tables published by the OECD under the TiVA initiative, which considers the value added by each country in the production of goods and services that are consumed worldwide.

Why are the FIGARO tables experimental statistics?

FIGARO is the first project to compile official inter-country supply, use and input-output data at EU levels.

Due to the scope of the methods and the assumptions made has been mostly driven by the data available at each stage of the process, the FIGARO tables should be considered experimental until:

From 2018 to 2020, Eurostat and the JRC will continue to work (in close collaboration with the OECD) on a time series of tables (at both current and previous years‘ prices), and to improve the data and methods used in this project.

How are the FIGARO tables compiled?

The FIGARO tables are based on two key inputs and the methodology for obtaining them (in the absence of official data) which has been developed by the FIGARO team:

These supply, use and input-output tables are:

This involves a balanced view of trade for each EU country, with their EU trade partners and the rest of the world.

In the absence of official national tables submitted by the EU Member States, Eurostat applies an estimation procedure based on the assessment of European supply and use tables at basic prices and valuation matrices.

The result is a balanced view of trade which gives different values compared to those produced by Eurostat trade statistics units (in goods and in services).

Another difference is that additional adjustments and estimates are made in the FIGARO tables (goods sent abroad for processing, merchanting services, direct purchases abroad by residents, re-exports, etc.) to reconcile as much as possible concept and coverage differences between trade statistics and national accounts trade data. FIGARO tables are consistent with national accounts' macro-aggregates (such as total final consumption, gross fixed capital, etc.) For transparency and statistical purpose, FIGARO tables include a ‘statistical’ use table with explicit discrepancies) remaining after all adjustments.

Data can be downloaded in CSV as well as Rdata format. Users are kindly asked to read the information files beforehand.

The ReadMe files include the description of the variables.

The ReadMe files include the description of the variables.

Application: Employment effects of EU exports to the rest of the world

Input-output analysis applied to the FIGARO tables (see Miller, R. and P.E. Blair, Input-output Analysis: Foundations and Extensions, 2nd Edition, Cambridge University Press: New York, US and and Arto et. al. (2015) EU exports to the World: Effects on Employment and Income, Luxembourg, Publications Office of the European Union) and EU employment data illustrates the relationship between trade and employment for the European Union and its Member States.

The input data originates from the national accounts transmission program and are disseminated on the Eurostat website (nama_10_a64_e and naio_10_cp16).

To help us improve these experimental statistics, users and researchers are invited to participate in the dedicated discussion on the European Statistics User Forum, focusing on the following questions: 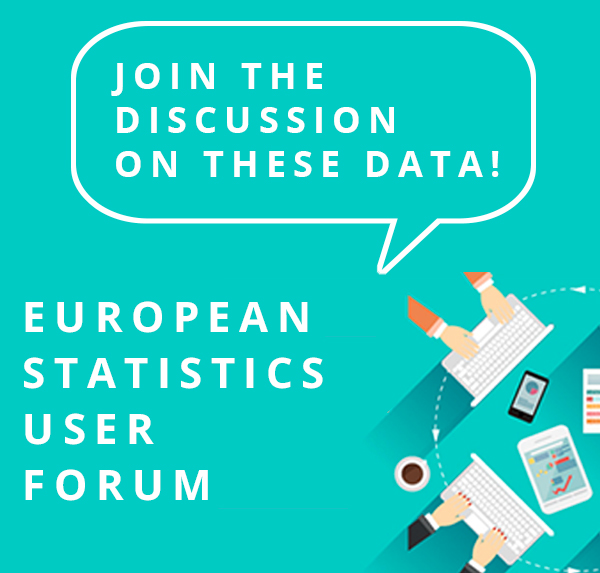