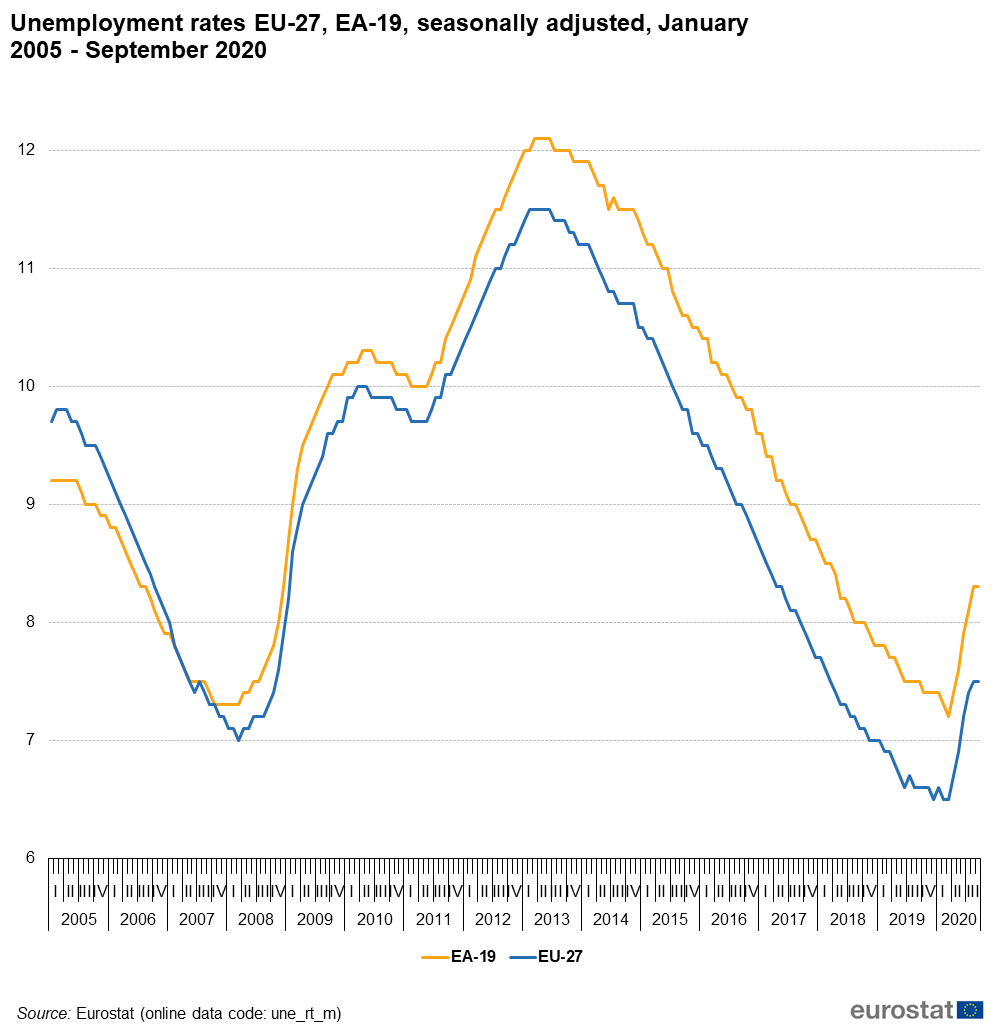 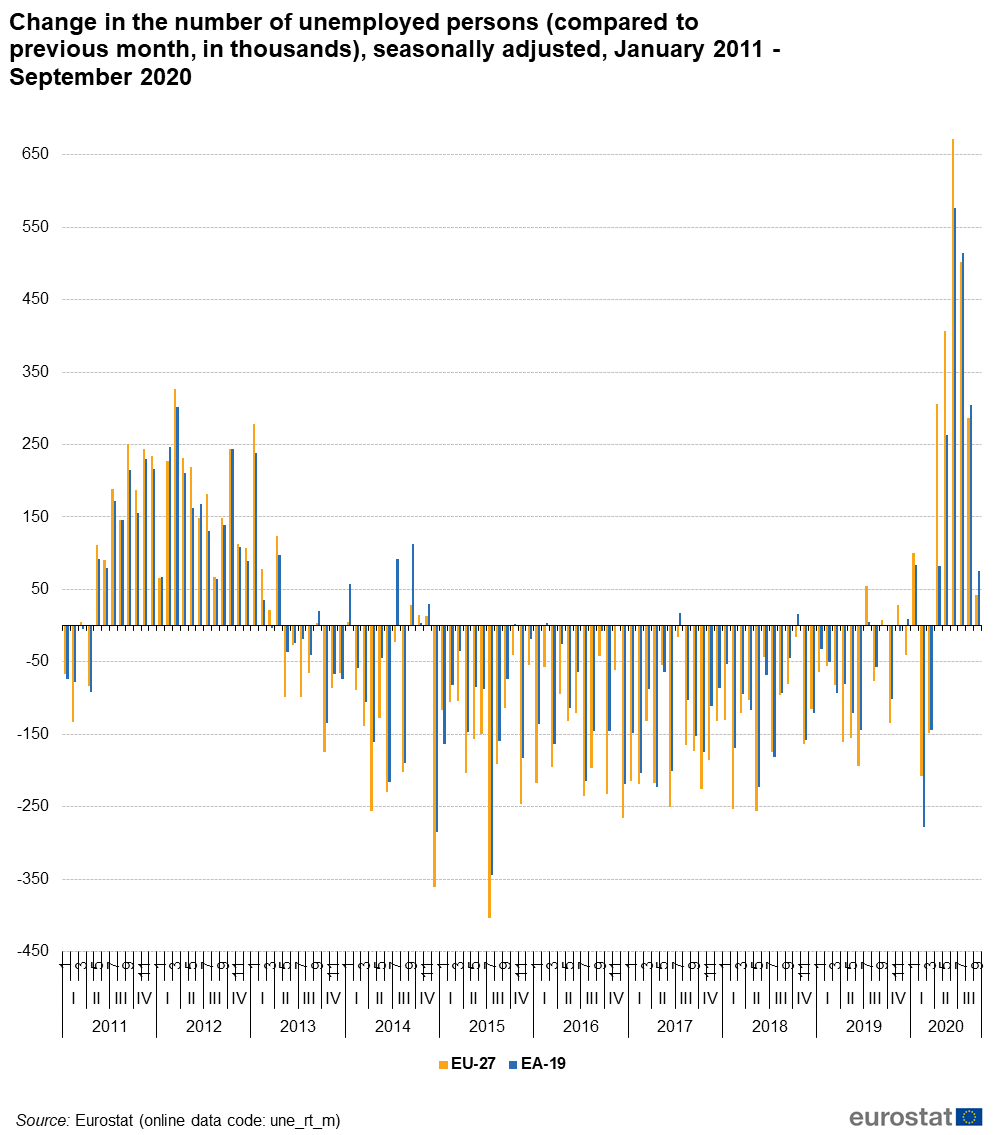 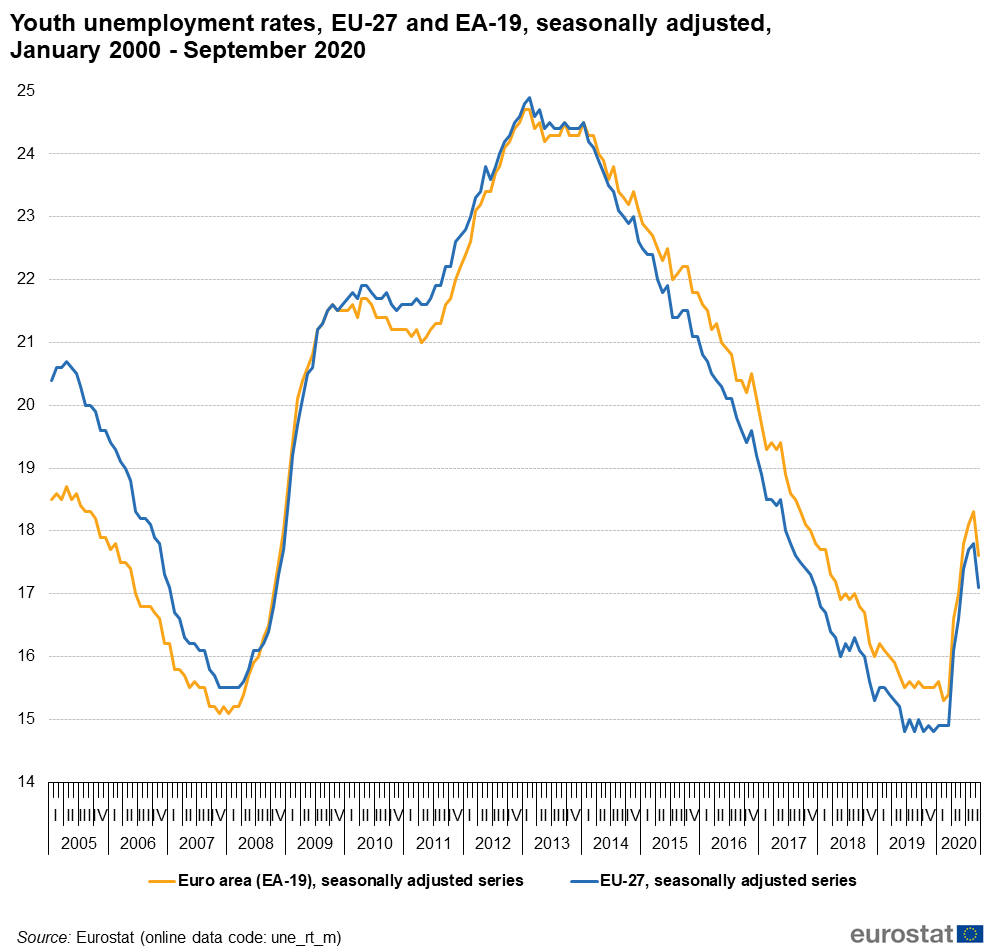 These estimates are based on the globally used International Labour Organisation standard definition of unemployment, which counts as unemployed people without a job who have been actively seeking work in the last four weeks and are available to start work within the next two weeks. The COVID-19 outbreak and the measures applied to combat it have triggered a sharp increase in the number of claims for unemployment benefits across the EU. At the same time, a significant part of those those who had registered in unemployment agencies were no longer actively looking for a job or no longer available for work, for instance, if they had to take care of their children. This leads to discrepances in the number of registered unemployed and those measured as unemployed according to the ILO definition. To capture in full the unprecedented labour market situation triggered by the COVID-19 outbreak, the data on unemployment have been complemented by additional indicators, e.g. on employment, labour market slack – annual statistics on unmet needs for employment, when LFS data for the first quarter of 2020 have been published.