This article presents a statistical overview of the status and progress of EU Member States towards the 17 SDGs, based on the EU SDG indicator set. The status of each SDG in a Member State is an aggregation of all the indicators of a specific goal relative to the other Member States and the EU average. The progress score of the Member State is based on the average annual growth rates of all assessed indicators in the SDG over the past five years. The same approach towards aggregating individual indicator trends into a synthesised index per SDG is used in the synopsis article for the EU.

Such a synthesised presentation allows for a quick and easy overview and facilitates communication. However, applied to individual Member States, it entails the risk of simplification and might obscure details about underlying phenomena. Moreover, it has to be kept in mind that a country’s status depends to a certain extent on its natural conditions and historical developments. Therefore, users are invited to read the more detailed information at indicator level in the articles 1 to 17 on each SDG. Detailed data for the EU SDG indicators on a country level are also available on the Eurostat website.

How is the status and progress assessed?

The status of a specific SDG is an aggregate score encompassing all of that goal’s indicators [1], based on the most recent data (mainly referring to 2019 and 2020). For each indicator, a country’s status score is calculated relative to the range of values from the worst to the best performing country, whereby outliers are excluded [2]. Figure 1 presents an example of the calculation of the status score for SDG 16. For each country, the resulting status score at SDG level is then put in relation to the EU aggregate status score of this goal, to show how much (in %) a country’s SDG status is above or below the EU average.

Progress is an aggregate score of the short-term (five-year) growth rates for all of the indicators assessed for each goal. The methodology uses a scoring function and is identical to the calculation of progress at EU level as presented in the introduction(also see Annex III available in paper format and as a downloadable (PDF file) for more details on the calculation method). Please note that the progress score calculation does not take into account any target values, since most EU policy targets are only valid for the aggregate EU level. Data mainly refer to the periods 2014-2019 or 2015-2020. Due to data availability issues, not all 17 SDGs are shown for each country. 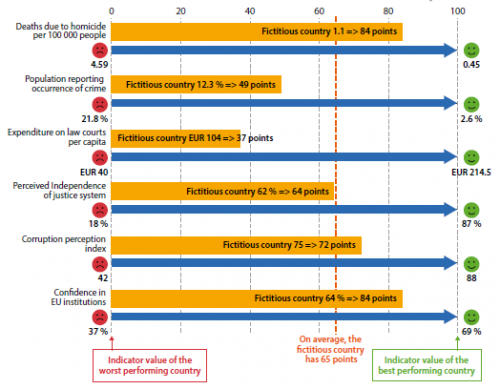 Figure 1: Example calculation of the status score for SDG 16 for a fictitious country

How to interpret the graphs? 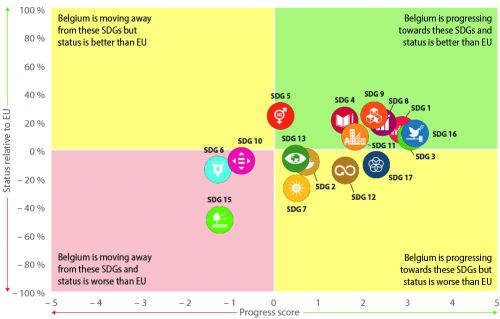 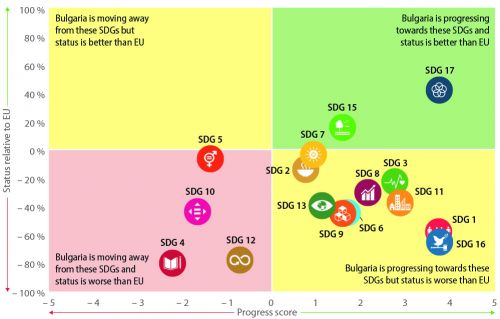 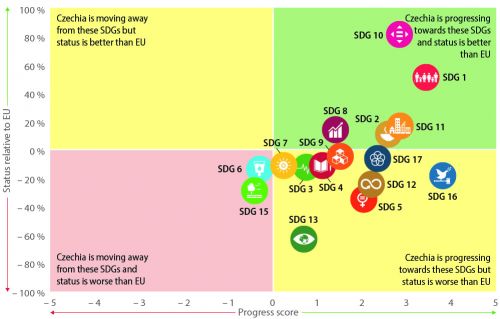 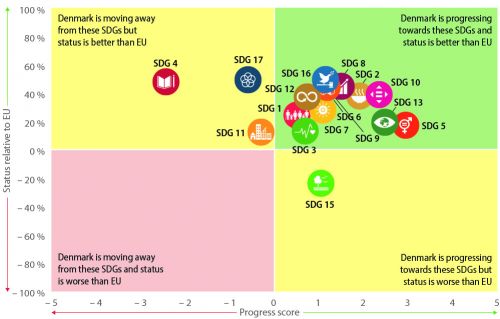 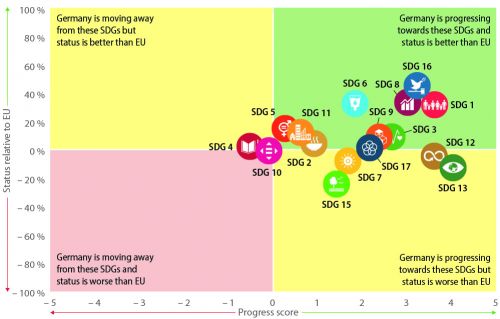 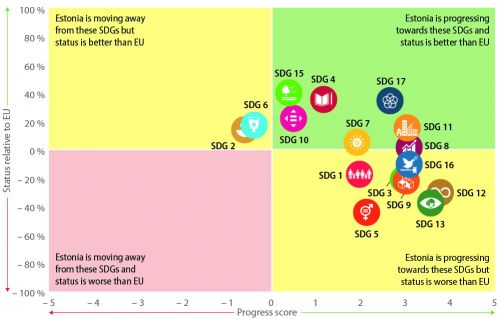 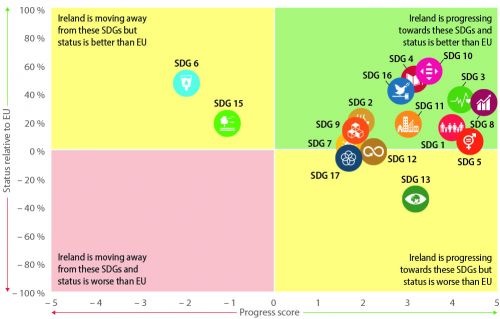 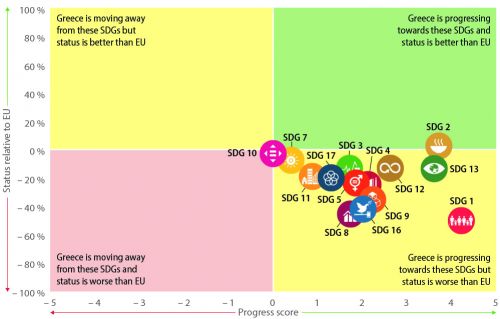 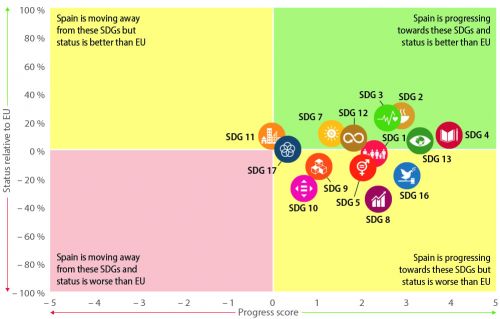 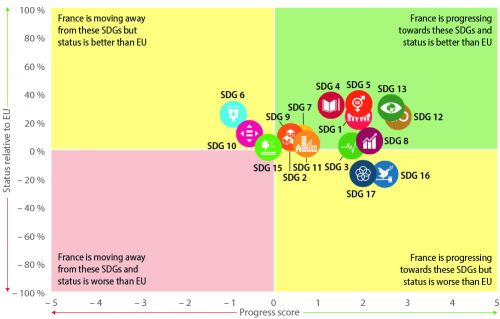 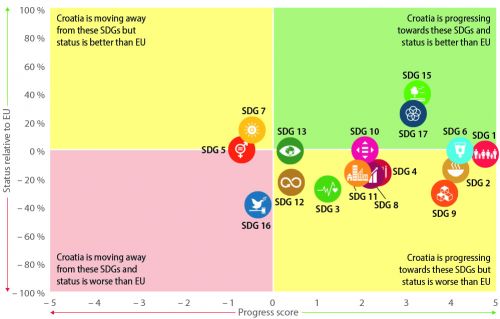 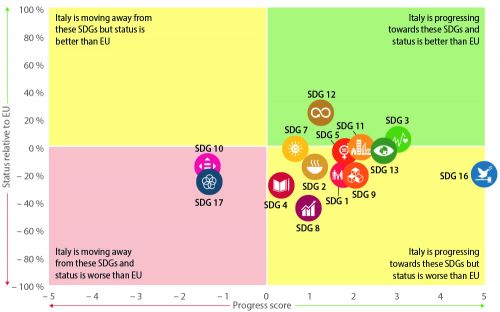 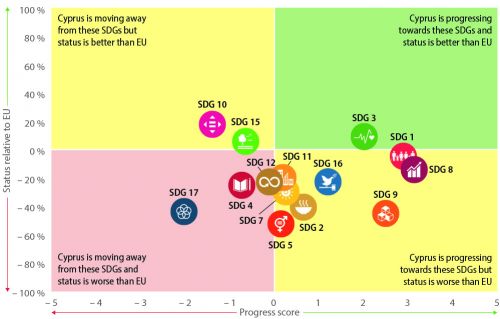 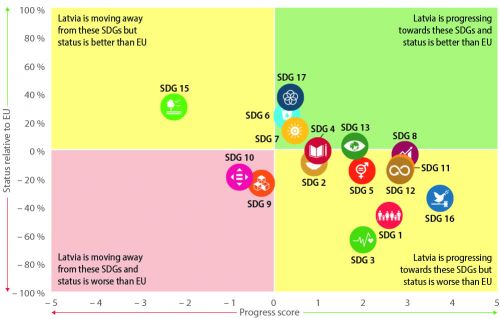 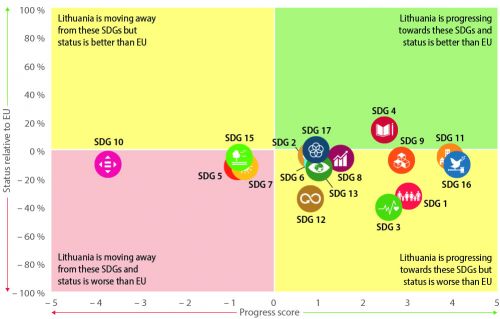 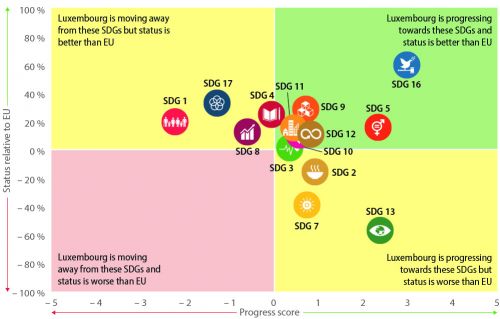 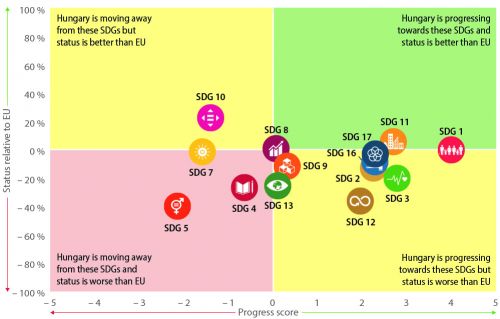 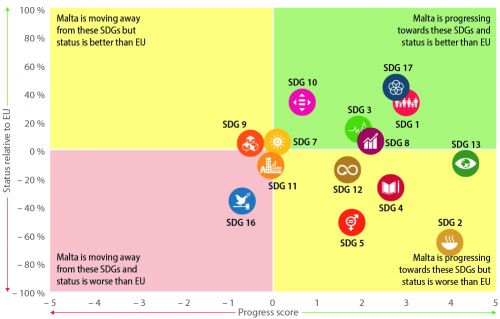 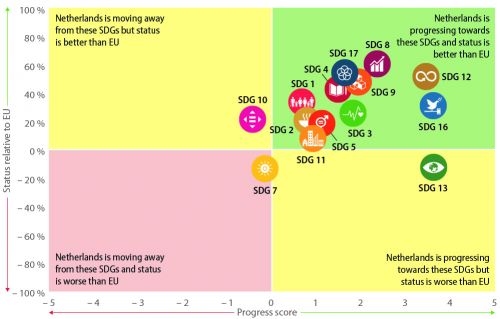 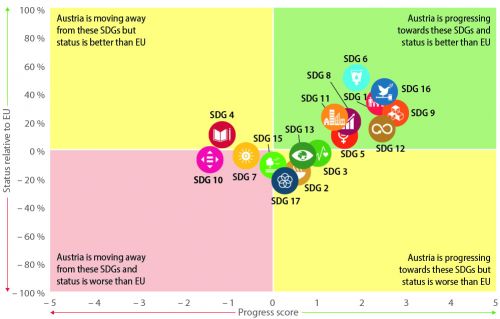 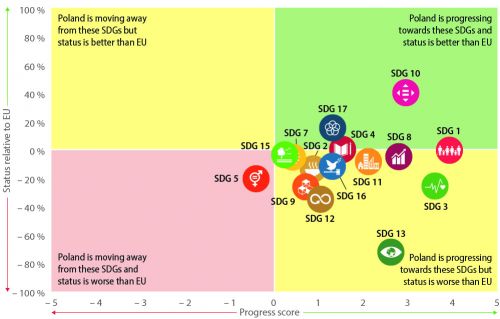 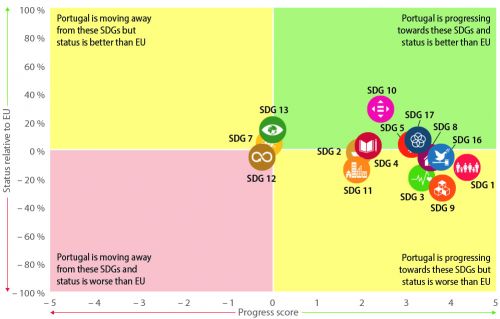 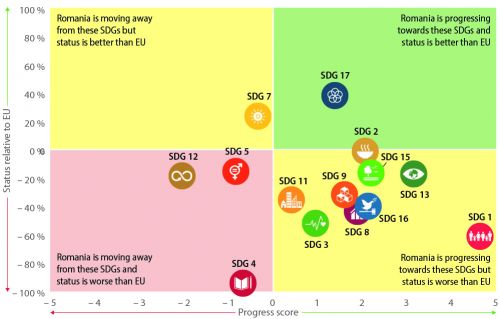 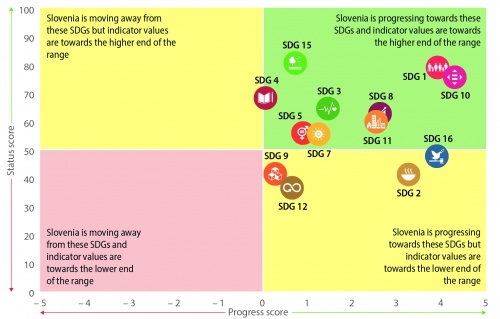 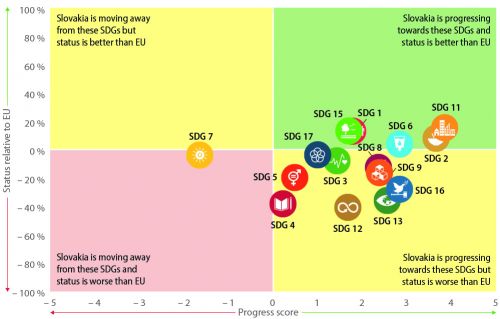 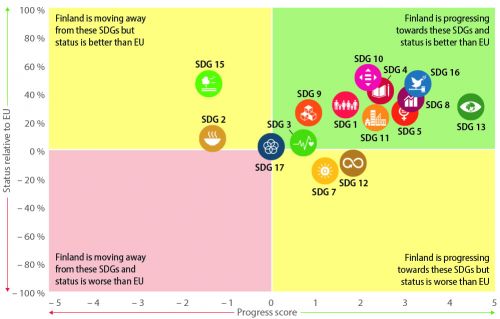 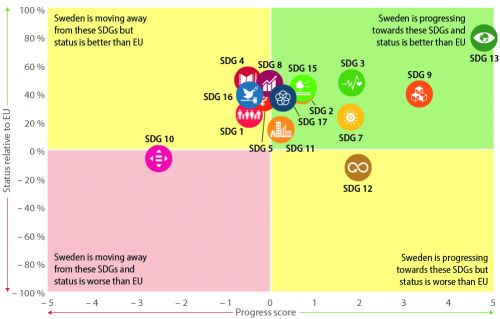