China was the largest origin of extra-EU imports of wind turbines, solar panels and liquid biofuels in 2020.

In 2020, the United States was the largest destination for extra-EU exports of wind turbines and solar panels, the United Kingdom for liquid biofuels.

This article provides a picture of the international trade in green energy products of the European Union (EU) for three products: wind turbines, solar panels and liquid biofuels. It compares these three groups and shows developments over time of both extra-EU imports and exports. Finally, it shows the main partners for extra-EU imports and exports of each of these three products.

In 2020, the EU imported solar panels to the value of €8.0 billion, liquid biofuels to the value of €2.9 billion and wind turbines worth €0.3 billion (see Figure 1). The EU import values of solar panels and liquid biofuels in 2020 were much higher than the corresponding EU export values (€1.8 billion and €1.6 billion respectively). By contrast, the EU export value of wind turbines in 2020 (€2.3 billion) was much higher than the corresponding value for imports. 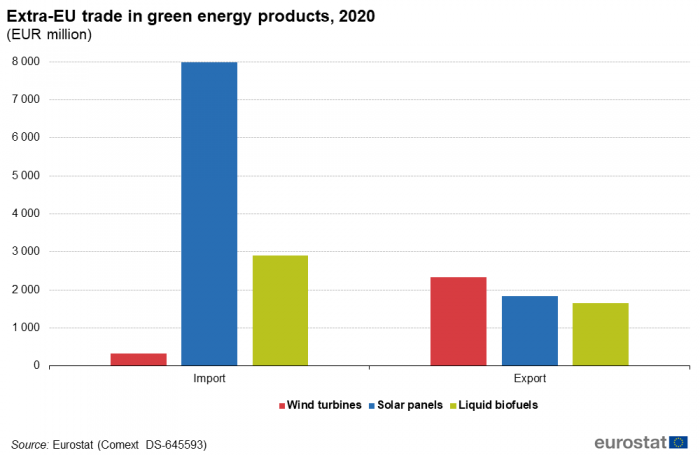 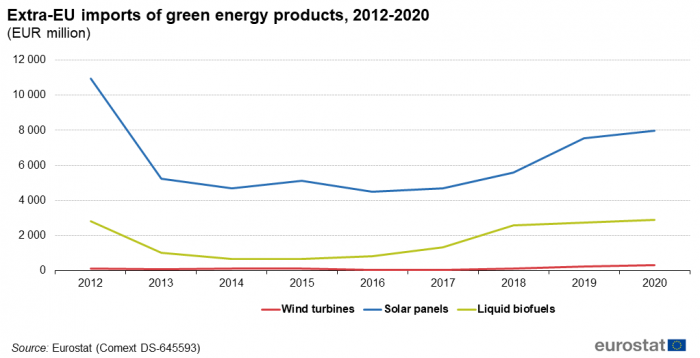 In 2020, exports of liquid biofuels were much higher than in 2012 (see Figure 3). This was in contrast to wind turbines, for which the value of exports was lower than in 2012. Exports of solar panels in 2020 were almost equal to what they were in 2012. 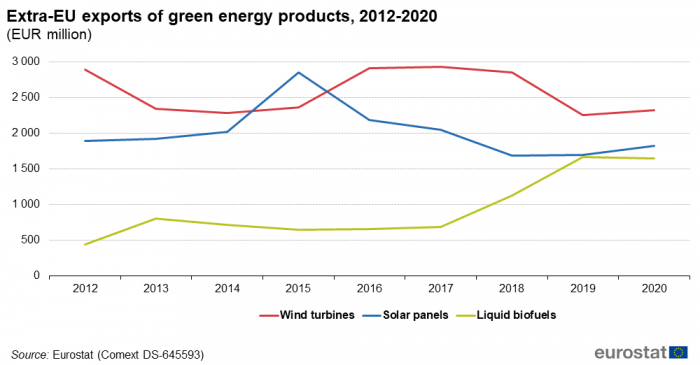 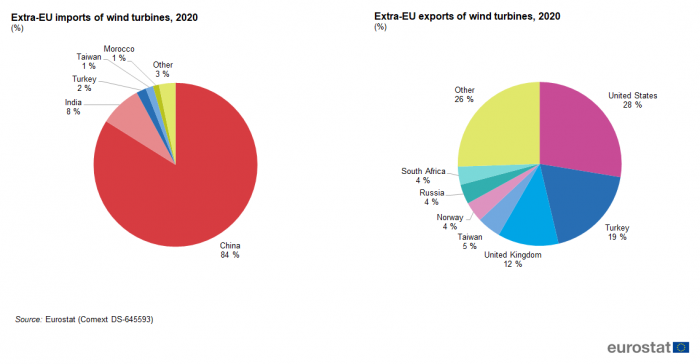 All of the top-5 partner for extra-EU imports of solar panels in 2020 were Asian countries, of which China (75 %) had by far the largest share (see Figure 6). The largest extra-EU export destination for solar panels was the United States (18 %), followed by Singapore (14 %) and the United Kingdom (11 %) (see Figure 7). 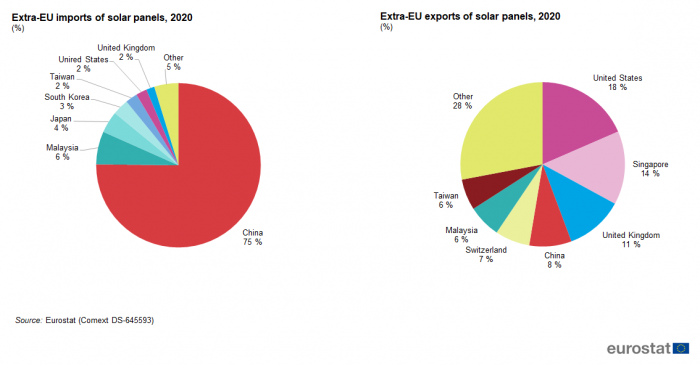 The product codes used for the three products shown in this article are: