(Redirected from Glossary:Survey on the structure of agricultural holdings)

The basic Farm structure survey, abbreviated as FSS and also known as Survey on the structure of agricultural holdings, is carried out by all European Union (EU) Member States. The FSS is conducted consistently throughout the EU with a common methodology on a regular basis and provides therefore comparable and representative statistics across countries and time, at regional levels (down to NUTS 3 level). Every 3 or 4 years the FSS is carried out as a sample survey, and once in ten years as a census. 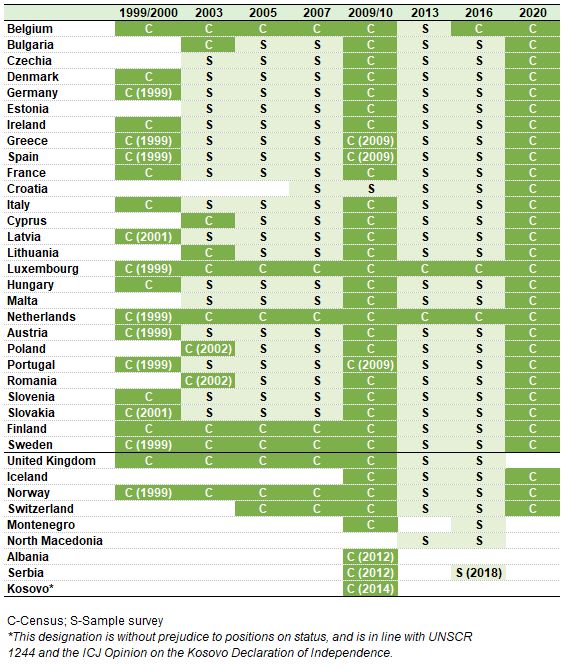 In 2010 a special survey, the Survey on agricultural production methods (SAPM) was carried out. SAPM was carried out together with the 2010 census in some countries, whereas in other countries SAPM was carried out as a sample survey and data were linked to data of the census at the level of the individual holding to enable cross comparisons of variables collected in both SAPM and the census. Sample surveys of 2003, 2005 and 2007 covered the EU-27 Member States. In 2013 and 2016, the survey covered the EU-28 Member States. Iceland, Norway, Switzerland, Montenegro, North Macedonia and Serbia also send farm structure data to Eurostat.

The countries collect information from individual agricultural holdings and, observing strict rules of confidentiality, data are forwarded to Eurostat. The information collected in the FSS covered land use, livestock numbers, rural development, management and farm labour input (including the age, gender and relationship to the holder of the agricultural holding). The survey data can then be aggregated by different geographic levels (countries, regions, and for basic surveys also district level). The data can also be arranged by size class, area status, legal status of the holding, objective zone and farm type.

The legal basis for the FSS was Regulation (EC) No 1166/2008 of 19 November 2008 on farm structure surveys and the survey on agricultural production methods, which repealed Council Regulation (EEC) No 571/88.