A population pyramid, also called an age structure diagram or an age-sex pyramid, is a graphical illustration - typically in the shape a pyramid - which depicts the distribution of various age groups for each gender in a geographical area such as the European Union, a country or a region. The oldest age group is on top, the youngest one at the bottom; men are usually on the left side, women on the right. 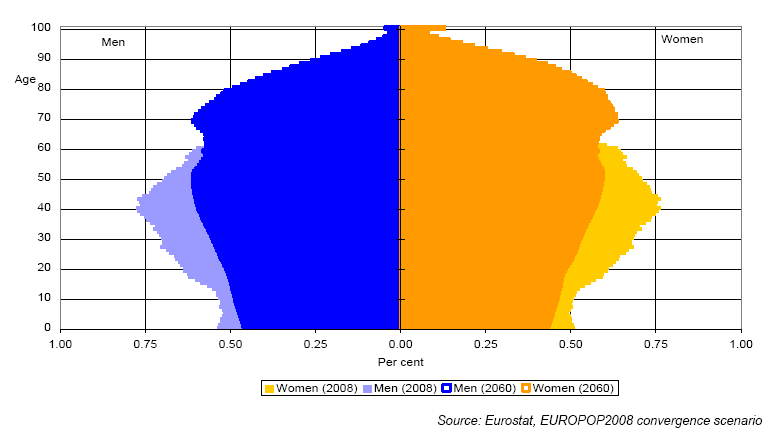 Population pyramids of the European Union: 2008 data and 2060 projection

EU population pyramids such as this one offer a vivid representation of the aging EU population, with baby boomers expected to swell the number of elderly by 2060 while the working-age population (ages 15-64) is expected to narrow considerably.