(Redirected from Glossary:Permanent grassland and meadow)

Permanent grassland is land used permanently (for several consecutive years, normally 5 years or more) to grow herbaceous fodder, forage or energy purpose crops, through cultivation (sown) or naturally (self-seeded), and which is not included in the crop rotation on the holding.

The grassland can be used for grazing, mown for silage and hay or used for renewable energy production. 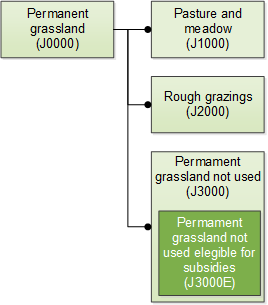