This article presents a statistical view of the Europe 2020 strategy of the European Union (EU), aimed at creating a smarter, greener and more inclusive economy and society. Eurostat, the statistical office of the EU, has created nine headline indicators to monitor progress towards the strategy targets.

The Europe 2020 strategy, adopted by the European Council on 17 June 2010, was the EU’s agenda for growth and jobs for the 2010-2020 decade. It emphasised smart, sustainable and inclusive growth as a way to overcome the structural weaknesses in Europe’s economy, improve its competitiveness and productivity and underpin a sustainable social market economy.

The key objectives of the Europe 2020 strategy were expressed in the form of five headline targets at EU level: [1]

The EU headline targets had been translated into national targets, as defined in the National Reform Programmes. These reflected each Member State’s situation and the level of ambition they are able to reach as part of the EU-wide effort for implementing the Europe 2020 strategy. 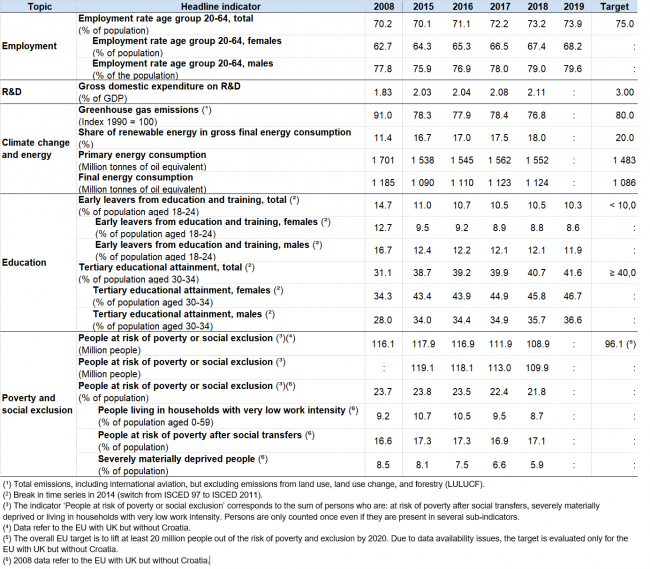 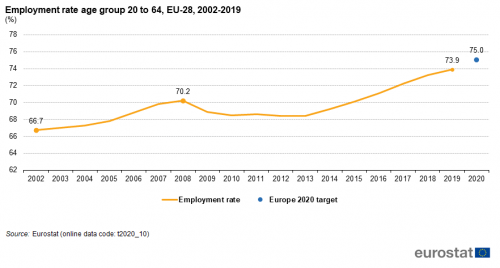 Despite women becoming increasingly well-qualified and even out-performing men in terms of educational attainment, their employment rate has remained lower than that of men. However, the gender employment gap has narrowed for all age groups since 2002 and in 2018 it stood at 11.4 percentage points. 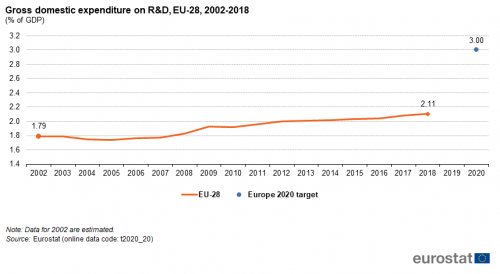 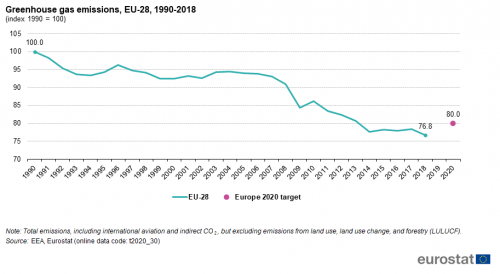 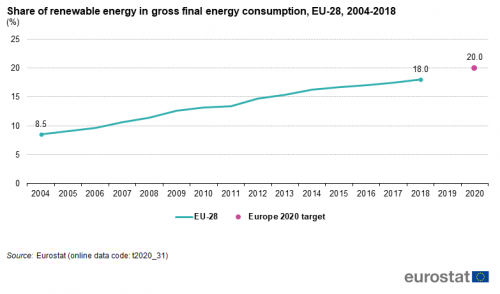 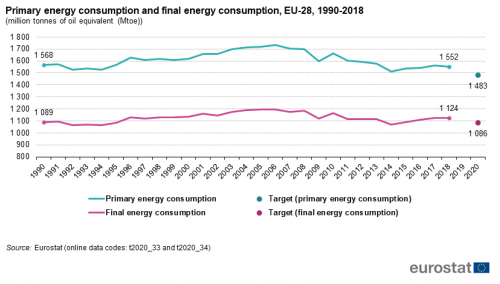 Tertiary educational attainment and early leavers from education and training 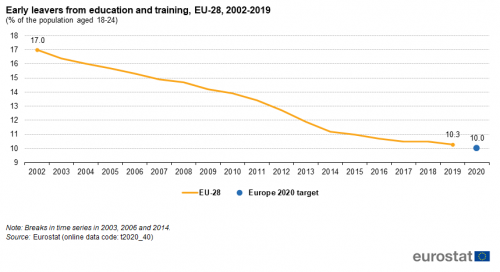 The share of early leavers from education and training [2] has fallen continuously since 2002, both for men and women. In 2019, the indicator stood at 10.3 %, compared with 14.7 % in 2008. Thus, Europe is steadily approaching its 2020 headline target to achieve an early leaving rate of below 10 %, although the trend has stagnated over the past few years. 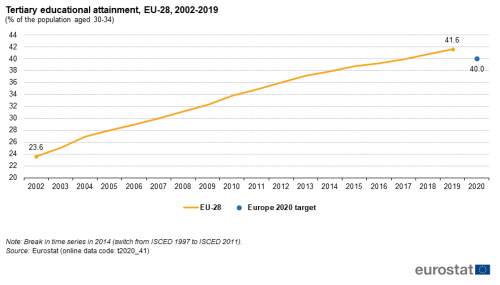 The share of 30- to 34-year-olds who have completed tertiary education has also increased, reaching 41.6 % in 2019. This means the Europe 2020 target of 40 % has been achieved. However, the tertiary attainment rate for men is 10.1 percentage points lower than for women.

People at risk of poverty or social exclusion 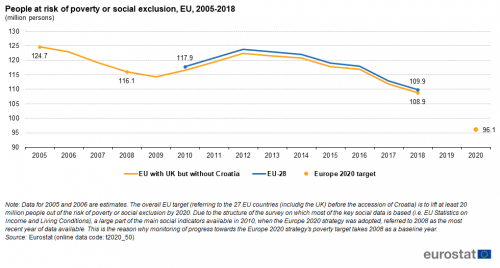 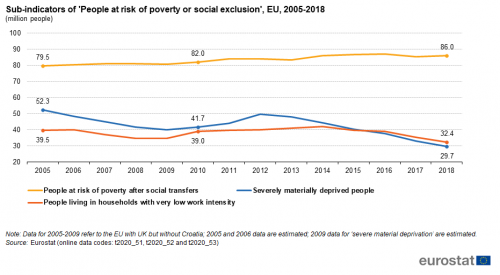