In 2019, over 2.5 million tertiary students in the EU were studying in culture-related fields.

Tweet
Women accounted for close to two thirds of all tertiary students in the EU studying in culture-related fields.
Tweet

In 2019, the average number of foreign languages learnt by pupils of upper secondary general education in the EU was highest in Luxembourg and the Flemish Community of Belgium.

This article forms part of an online publication Culture statistics. It focuses on two areas that link education with culture:

Tertiary education is provided by universities and similar institutions within the higher education sector. It is classified according to the international standard classification of education (ISCED) as ISCED level 5 to 8.

The following broad fields of education are considered to be culture-related:

More than 2.5 million tertiary students across the European Union were studying in culture-related fields in 2019 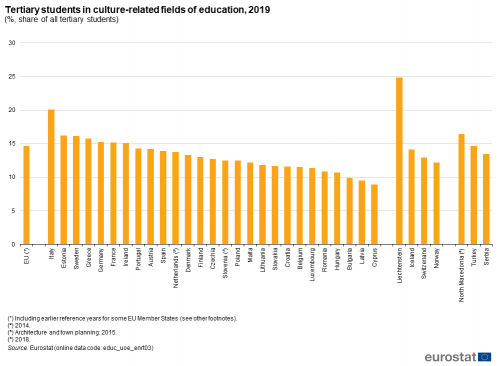 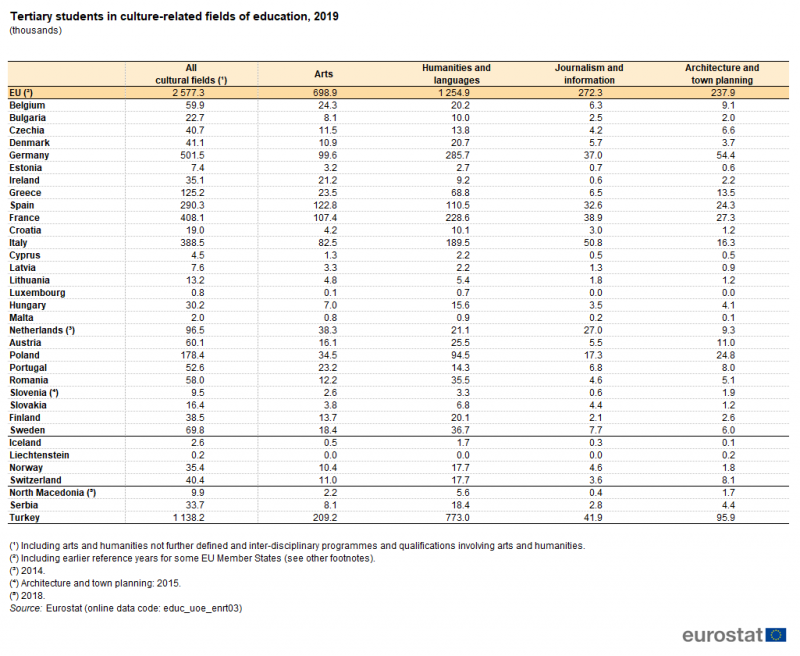 The highest shares of tertiary students in culture-related fields following journalism and information studies were observed in the Netherlands (28.0 %; 2014 data) and Slovakia (27.0 %), while the highest share for town planning and architecture was reported in Slovenia (20.4 %; 2015 data). 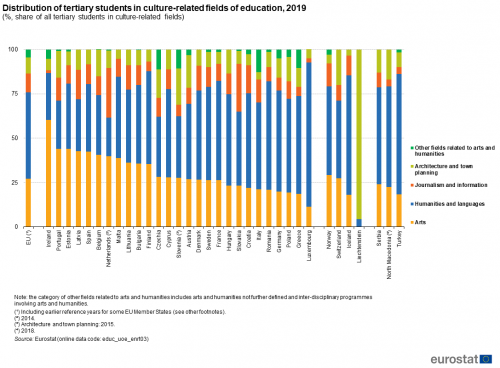 In 2019, there were more female than male tertiary education students within the EU studying culture-related fields, as 63.6 % of the total were women (see Figure 3). The share of women was slightly higher among those studying journalism and information (67.1 %) and humanities and languages (66.8 %), while the gap between the sexes was much less pronounced for those studying architecture and town planning, where women accounted for 53.4 % of all students.

Knowledge of foreign languages opens doors for cultural exchange. Linguistic competencies are required and encouraged in many workplaces.

Formal education provides the vast majority of people with their best opportunity to learn a language. In 2019, the average number of foreign languages being learnt by pupils in lower secondary education (ISCED level 2) was higher than two in Malta, in Finland and most notably in Luxembourg (where a peak of 2.6 was recorded), while pupils in the French community of Belgium and Hungary learnt, on average, one foreign language. The lowest average number of foreign languages being learnt at this level of education was recorded in Ireland with 0.9 (see Figure 4).

In 2019, the average number of foreign languages being learnt by pupils in upper secondary general education (ISCED level 3) peaked at 3.1 in Luxembourg and was higher than two in the Flemish community of Belgium, Finland, Estonia (2018 data) and France. By contrast, Portuguese pupils following an upper secondary general education were studying, on average, just 0.7 foreign languages. 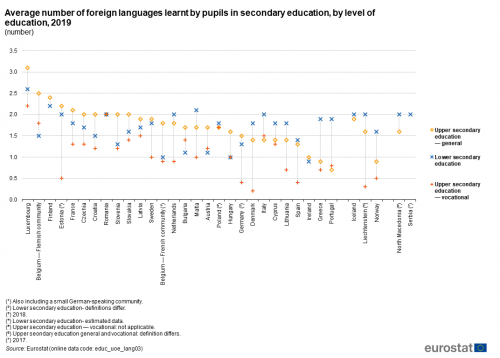 In 2019, in a majority of the EU Member States more than 90 % of pupils following an upper secondary general education were learning English as a foreign language. The exceptions — where this share was less than 90 % — were Hungary (88 %), Greece (85 %), Denmark (81 %) and Portugal (61 %). All of the pupils in the Flemish community of Belgium that were following an upper secondary general education learnt English and French (French is considered as a foreign language in the Flemish community). In Luxembourg (with three official languages - Luxembourgish, French and German), all of the pupils learnt English and French, and 99 % of them learnt German. Looking at the second most frequently studied foreign language in upper secondary general education in each of the EU Member States, German appears 11 times, French five times, Spanish four times and Russian three times (in the Baltic Member States). The second most frequently taught foreign language in the French community of Belgium was Dutch (considered a foreign language in the French community), while it was Italian in Malta and Swedish in Finland. 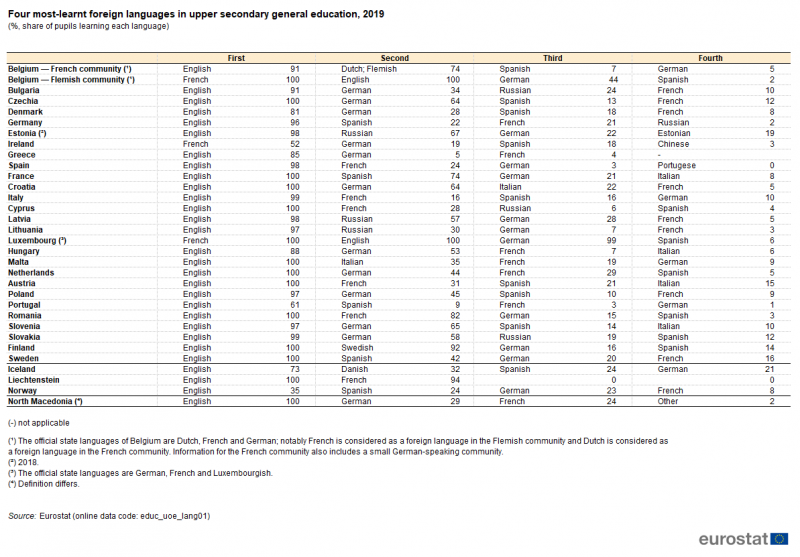 In almost all EU Member States, more than half of the population declared to know at least one foreign language

In 2016, the share of the adult population declaring that they knew at least one foreign language was above 90 % in eight of the EU Member States. The highest share was recorded in Sweden (97 %), while Latvia, Denmark, Lithuania and Luxembourg each reported shares within the range of 95-96 %; Finland, Malta and Estonia were the three remaining Member States where more than nine out of every 10 adults knew at least one foreign language. At the other end of the range, in Bulgaria, Hungary and Romania a majority of the population aged 25 to 64 years declared that they knew no foreign languages.

While fewer than 1 in 10 adults (aged 25 to 64 years) in the European Union declared that they knew three or more foreign languages in 2016, there were some EU Member States where linguistic ability was considerably higher. More than half (51 %) of the adult population in Luxembourg declared to know at least three foreign languages (note that these include German and French which are official languages), while this share was 45 % in Finland and 38 % in Slovenia. In the remaining Member States, the proportion of adults stating that they knew at least three foreign languages was below 30 %, with this share falling to less than 5 % in Italy, Bulgaria, Greece, Hungary, Poland and Romania. 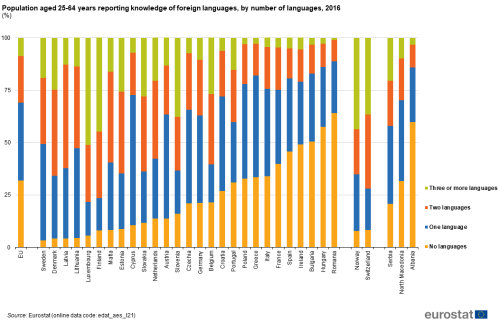 Figure 6 provides an alternative analysis with a focus on language proficiency among people who know at least one foreign language. Note that this information is also taken from the adult education survey and is once again based on self-reported data among adults (aged 25 to 64 years). In 2016, some 25 % of the EU-adult population declared themselves proficient in their best-known foreign language, while 31 % stated they had a good level of knowledge and 44 % a basic level of knowledge.

The level of language proficiency varied considerably across the EU Member States: in 2016, Luxembourg, Sweden and Malta were the only Member States where more than half of all adults considered themselves proficient in their best-known foreign language. By contrast, this share fell to less than one fifth among those adults living in Poland, Romania, Czechia and Italy. 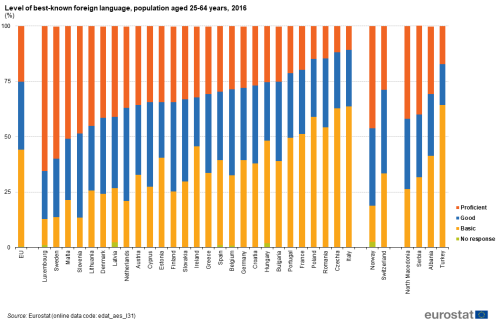 Mobility of students in tertiary education

Studying abroad provides students with the opportunity to experience a new educational system and to discover (or get to know better) the culture of their host country. Furthermore, students studying abroad and those who remain in their own country may benefit from a range of inter-cultural experiences linked to this mobility. The data presented in this section cover two types of mobility: degree mobility and Erasmus credit mobility. The degree mobility refers to students enrolled on a programme in another country, with the intention of graduating from the programme in the country of destination, and Erasmus credit mobility refers to shorter stays abroad, during which students attend courses and earn credits that are then transferred to the programme on which they are enrolled in their home country.

Students from abroad accounted for more than three quarters (77.7 %) of all students in Luxembourg who were studying for a master’s degree in 2019. This share was more than three times as high as the next largest share — 23.2 % recorded in Latvia. In five of the EU Member States students from abroad accounted for less than 10 % of the total number of students enrolled for a master’s degree. 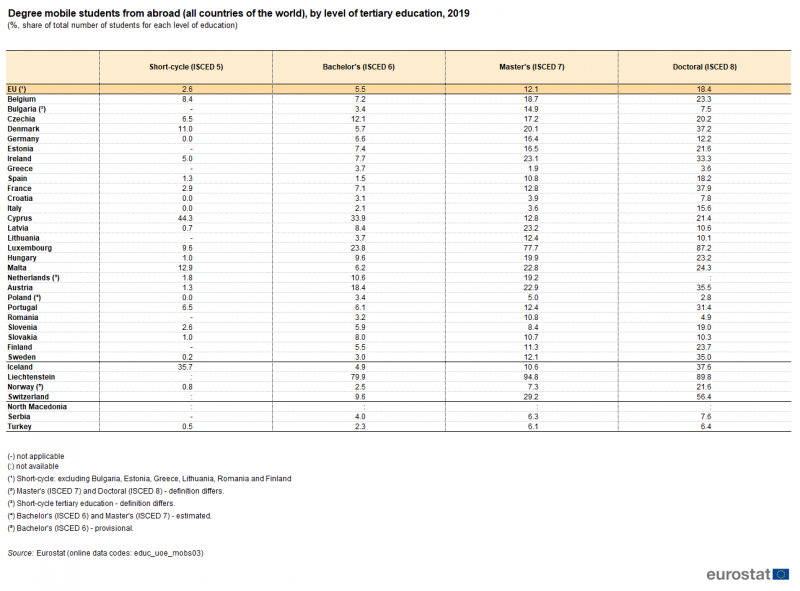 Table 3:Degree mobile students from abroad (all countries of the world), by level of tertiary education, 2019
(%, share of total number of students for each level of education)
Source: Eurostat (educ_uoe_mobs03)

In 2019, there were almost 300 000 Erasmus students and trainees from the EU studying abroad

By 2019, the number of students and trainees participating in the Erasmus programme was constantly growing. During the 2018/19 academic year, the Erasmus+ exchange programme was open to students from all of the EU Member States, three of the four EFTA countries (Switzerland was a partner country), the United Kingdom, as well as North Macedonia, Serbia and Turkey — a total of 34 countries.

In total, 18 out of 27 EU Member States hosted more Erasmus students than they sent abroad. This was particularly significant in Malta, Luxembourg, Sweden, Ireland and Cyprus, where there were at least twice as many incoming as outgoing students in 2018/19. On the contrary, Romania was the only Member State to report more than twice as many outgoing compared with incoming Erasmus students and trainees. In absolute terms, Spain hosted far more incoming students and trainees than outgoing, a difference of almost 9 000, while France reported the largest difference in the other direction, with around 18 000 more students and trainees leaving France than entering it. 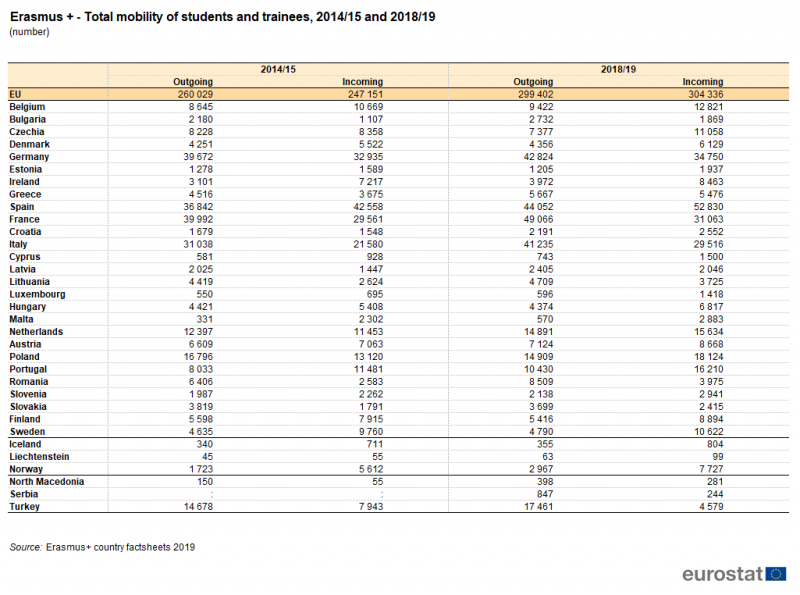 ISCED also classifies fields of education and training (ISCED-F 2013). Within this classification there are four main fields that have been identified as being related to culture:

The adult education survey (AES) is a source of data on self-reported competencies on foreign languages, focusing on the adult population (people aged 25 to 64 years).

Mobility of students in tertiary education

The UOE data collection exercise covers domestic educational activity, in other words education provided within a country’s own territory. All tertiary students studying within a country, including degree mobile students from abroad, are included in the statistics for the reporting country.

Since it began in 1987/1988, the Erasmus programme has provided over six million European students with the opportunity to go abroad and study at a higher education institution or train in a company. The Erasmus programme is one of the best-known European learning mobility programmes. Students can study abroad for up to 12 months (in any cycle of tertiary education). Erasmus+ (2021-2027) is the EU’s programme to support education, training, youth and sport in Europe. Erasmus+ is built on the achievements and objectives of the previous Erasmus project but it offers much more opportunities for studies, training and youth work abroad through more developed system of funding and loans. Moreover, it embraces a new dimension which is sport by creating new funding opportunities for sport actions and activities.