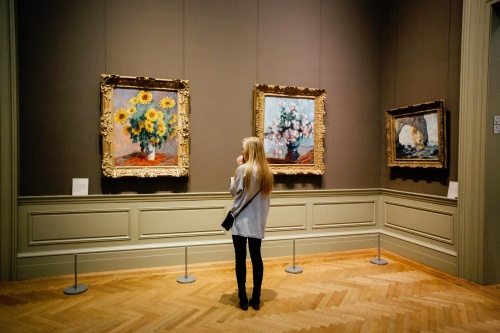 This chapter of the City statistics manual provides the definitions that should be used for compiling data at city and functional urban area level on Cultural and sport facilities and on cultural participation in cities. It also contains links to methodology, publications and external information.

Cinema (also called a movie house, movie theatre, film theatre, film house or picture theatre) is a venue, usually a building, for viewing motion pictures ('movies' or 'films'). It is defined as a commercial operation catering to the general public, who attend by purchasing a ticket. The number of cinema seats (CR1003V) is the total number of seats in all cinemas. Cinema attendance (CR1005V) refers to the total number of tickets sold, referring to all films screened during the year.

Museums can be either public or private. A Museum is defined as a 'non-profit, permanent institution in the service of society and its development, open to the public, which acquires, conserves, researches, communicates and exhibits the tangible and intangible heritage of humanity and its environment for the purposes of education, study and enjoyment'.

Theatres are public or private registered venues (not street theatre, school theatres etc.). If multiple purpose venues are included, this is marked in the footnote (free-format text). The intention of the variable number of theatres (CR1013V) is to know about the number of locations within the city, not the individual halls/scenes (one theatre may have a musical/opera scene, intimate play scene, etc.).

Number of public libraries (CR1010V) includes counting of all distribution points, even if there are several libraries in the same building. The target of this variable is to know about the publicly accessible general libraries, where you do not need to be a member of an association or to be a student. Libraries of very specific subjects or subject related research libraries are not included. A source for information is INTAMEL Metro (International Association of metropolitan Libraries), that is part of IFLA (International Federation of Library Associations and Institutes).

Number of public swimming pools (indoor and outdoor, excluding beaches) (CR1015V): A public swimming pool is a pool that may be used by many people or by the general public. Pools used exclusively by a small group of people should be excluded, for example: pools in health clubs, fitness centres and private clubs; pools for relaxation (hot tubs and spas) in hotels and massage parlours. Public pools are often found as part of a larger leisure centre or recreational complex. These centres often have more than one pool. Nevertheless, these should be counted as only one public swimming pool. Seasonal pools shall be included if they are open at least for six months during the year.