This article is part of Statistics 4 beginners, a section in Statistics Explained where indicators and concepts are described in a simple way to make the world of statistics a bit easier to understand.

Following guidelines provided by the International Labour Organisation (ILO), an employed person is someone who:

A distinction can be made between various types of employed person, including: 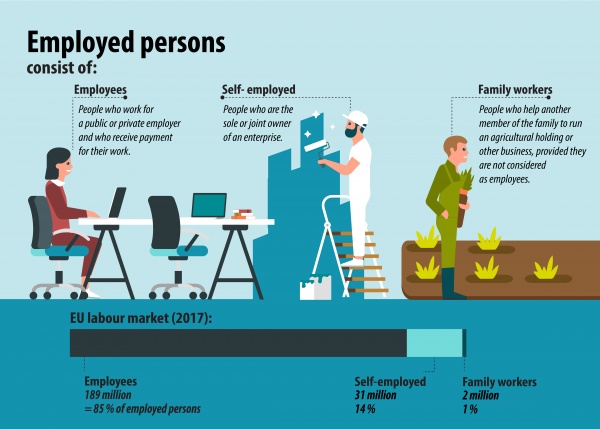 What is the employment rate?

The employment rate is a ratio relative to the size of the population and shows the share of those who are employed; it is the share of employed persons in the population. The two values used to calculate the rate need to have the same coverage, for example in terms of age or sex.

The employment rate is usually calculated in relation to working-age people, either those aged 15-64 years or those aged 20-64 years. As for the activity rate, employment rates are calculated and analysed for various groups, such as specific age groups (younger or older workers), men and/or women, or different groups of people based on their highest level of education or country of birth. 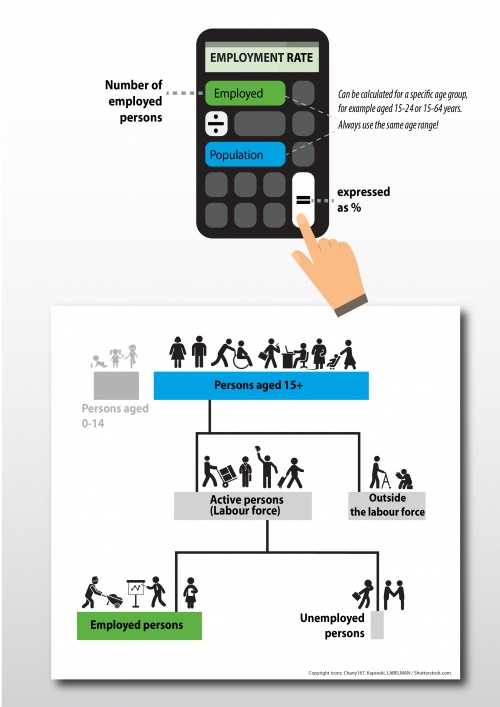 Why are employment data from the LFS different to those from national accounts?

Eurostat’s databases have a number of different sources of information for analysing labour markets, and more specifically employment. Aside from the LFS, another principal source is national accounts. They generally provide different types of statistics, but these overlap with the LFS to some degree, especially when considering a simple count of people in employment.

The difference between LFS and national accounts data may be explained by two main reasons. On the one hand, national accounts integrate data from a wide range of complementary sources (rather than results from a single survey, the LFS), which means that these accounts have to be consistent across sources and in relation to other variables (such as GDP), providing a complete set of harmonised information to cover all economic activities taking place within a national economy. On the other hand, there are conceptual differences between these two sources: employment within the LFS covers individuals aged 15 years and older living in private households, whereas national accounts cover all persons regardless of their age or whether they live in private households or institutions. Furthermore, national accounts distinguish between domestic and national employment concepts: the first of these refers to a count of people working in the national economy (irrespective of where the employed person lives), whereas the second is based on the number of employed people who live in the national economy (regardless of where they work); in other words, the main difference between these two concepts is the net number of cross-border workers. While national accounts calculate both domestic and national employment figures, more importance is generally given to the former, in other words where people work, rather than where they live. By contrast, statistics collected within the framework of the LFS are based exclusively on information for people who live within the national territory. 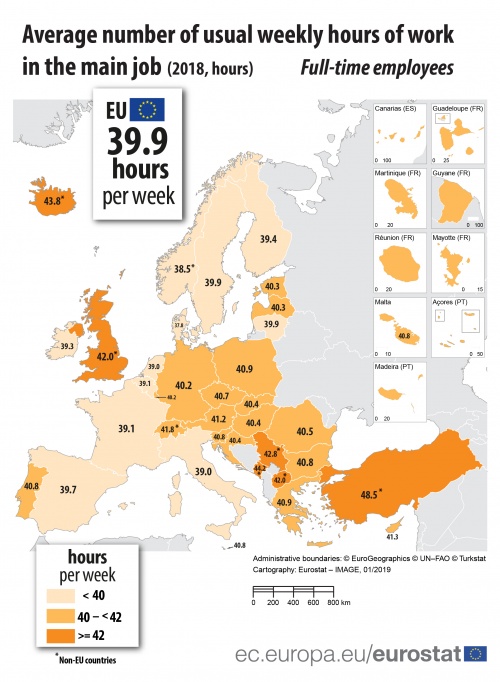 A part-time worker is defined within the LFS as an employed person whose normal hours of work are less than those of comparable full-time workers (Part-time work convention, International Labour Organisation). Within the LFS, this distinction is made with respect to an individual’s main job on the basis of a spontaneous answer given by respondents to the survey</ref>Except in the Netherlands and Iceland where a 35 hours threshold is applied, Sweden where a threshold is applied to the self-employed, and Norway where persons working between 32 and 36 hours are asked whether this is a full- or part-time position>Insert footnote text here</ref>. 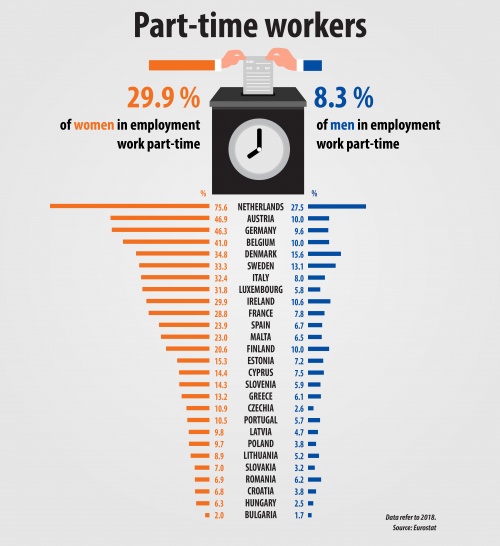 Temporary employment describes the working situation of employees who work under a fixed-term contract, with the end of their contract established by a set of rules, for example, a specific date, the end of a particular task, or the return of another employee who has been temporarily replaced. Examples for temporary work contracts are those that cover people in seasonal employment (for example, people working in a ski resort during the winter, or picking grapes at the end of the summer) or those engaged through an employment agency (who are subsequently hired to do a specific task or to cover for a specific employee).

A relatively high share of young people aged 15-24 years in the EU were employed on a temporary or fixed-term contract; this ratio stood at 43.5 % in 2018. While this may reflect the desire of some young people to find work that fits in around other commitments in their lives (such as attending further education or raising a family), it may also be the case that a large number of young people are employed in precarious, insecure jobs, many of which are characterised by low levels of social protection and have difficulty finding permanent employment.

The issue of precarious employment was already referred to above in relation to temporary (or limited duration) work contracts. People in precarious employment can be defined as those with a work contract of no more than three months. The share of people in precarious work across the EU was particularly high for those working within agriculture, forestry and fishing (7.9 % of this particular workforce) and was also relatively high for the following activities: distributive trades (which includes people working in shops), transport services, and accommodation and food services. 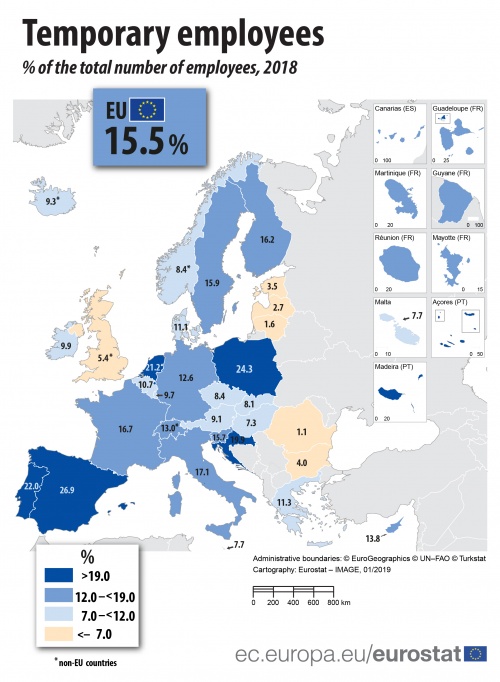