This Statistics Explained article is outdated and has been archived - for recent articles on national accounts and GDP see here.

Published in Sigma - The Bulletin of European Statistics, 2008/03 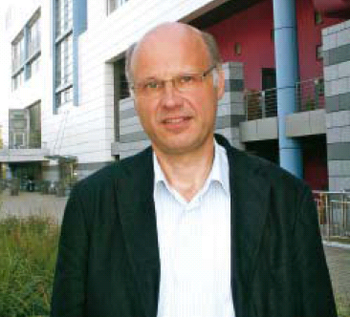 In national accounts you can measure economic activity in three different ways: from the production, income or expenditure sides. Mr Krüger compared the accounts to a mother baking a cake (yes, it is still mostly mums who bake cakes!).

‘Think about national accounts as a big family where the mother bakes a strawberry cake and gives a piece to each of her five children.

‘If you would like to measure how much cake there is, you have three options. The first and easiest is to go to the kitchen and measure what ingredients the mother uses to bake the cake. You weigh how much flour, sugar and cream and how many eggs and strawberries she uses. This is the production approach. 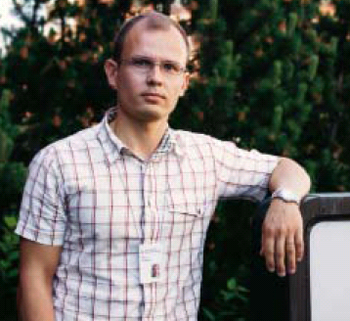 ‘A second way would be to check how much cake each family member received — the income approach. This becomes a bit more complicated than just measuring everything in the kitchen. You have to go to their rooms and see how big the pieces really were. If you are lucky, everybody will tell you precisely how much he or she received. In real life, however, there are always people who under-declare their income…

In national accounts the production, income and expenditure approaches are used and checked against each other. However, in regional accounts most EU countries use the production approach and to some extent the income approach to measure the total value of all goods and services produced in the regions. This is because all data are not always available at a regional level. One obvious example is how to measure imports from and exports to a region. Another is the flow of income between regions, as commuting can make a big difference to received and paid compensation of employees in a region. 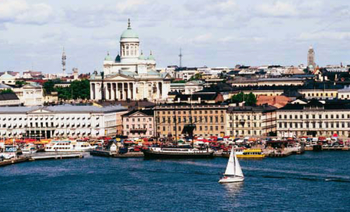 The most popular and known regional accounts indicator both at a European level and in Finland is the regional GDP per inhabitant. ‘Regional growth rates, employment and household income figures are also regularly requested topics,’ said Mr Koutaniemi. Pictured is the Helsinki waterfront. © VisitFinland

‘We also publish another indicator, which gives an easy approach to regional economic development. It is called the GEP-deviation indicator. It is calculated from gross value added (GVA), employment and population by comparing regional growth percentages with those of the whole country and by adding up the differences in data for the whole country and the regions,’ he continued.

At the European level, the regional GDP per inhabitant is the indicator which determines which regions are supported through grants from the EU budget. In principle those regions which have a GDP per head less than 75 % of the EU average receive funding.

‘We are able to use this method because we made an inputoutput study at a regional level for the year 2002. The study gives us the possibility to extrapolate taxes and subsidies on products at a regional level over the time series,’ said Mr Koutaniemi.

The result is that the regional GDP data users find differences on Eurostat’s and Statistics Finland’s homepages.

‘We believe the study, which took nearly four years to carry out, was worth it because of the increase in accuracy and quality of the regional accounts. Our users are happy and it is possible that another study will be carried out in the coming years.’

Regional details in the accounts vary for different purposes. In Finland, data are published down to local administrative unit (LAU) 1 level of detail. This corresponded to 77 subregional units in 2006. In comparison the level of detail used by Eurostat are NUTS (nomenclature of units for territorial statistics) 3 and NUTS 2 level, which for Finland corresponds to 20 and 5 regions respectively.

Finnish users are quite satisfied with the local detail of the data, but many would like to have even more detail information. Although municipalities have been merged, users are still interested in the local situation.

‘We are lucky in Finland. Our source statistics are of a very high quality. Therefore, it is often possible for us to use the same level of detail as they do. There is no need to aggregate the data before we use it,’ explained Mr Koutaniemi.

‘In regional accounts there are normally certain trade-offs. You cannot provide as much information at a regional level as you can at a national one. What you win in regional detail, you lose in accuracy and types of data.’

‘The advantage with data published in constant prices is that we not only get a snapshot of the economy, we can also see the GDP growth in different regions over the years,’ pointed out Mr Koutaniemi.

‘In most Member States the backbone of regional GVA compilation is the structural business survey, which has a delay of 18 months. This means that in June 2008 the countries report data for 2006,’ said Mr Krüger.

In Finland the first estimates of the regional accounts are published 15 to 16 months after the end of the year in question and the final figures one year later.

‘Users are never happy about delays, but the reason for them is that we depend on the input from structural business and municipality statistics, as well as the final national accounts figures,’ observed Mr Koutaniemi.