This article is outdated and has been archived on 04/12/2017 - for recent information on this topic see the article E-commerce statistics for individuals .

This article takes a closer look at individuals’ electronic commerce (e-commerce or e-shopping) statistics in the European Union. It is based on the results of the 2016 Survey on ICT (information and communication technology) usage in households and by individuals. 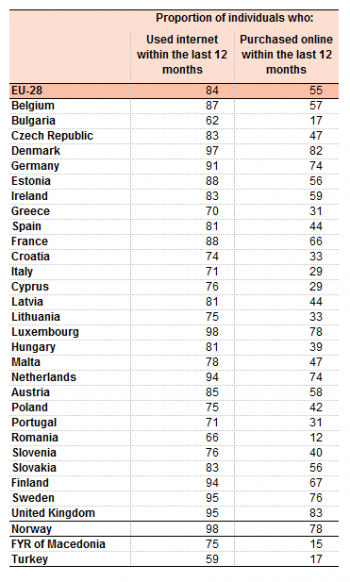 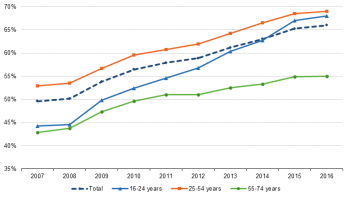 Figure 1: Internet users who bought or ordered goods or services for private use over the internet in the previous 12 months by age groups, EU-28, 2007-2016 (% of internet users) - Source: Eurostat (isoc_ec_ibuy) 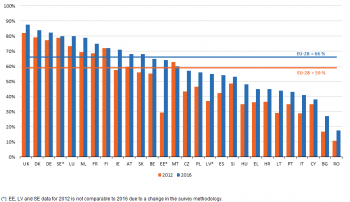 Figure 2: Internet users who bought or ordered goods or services for private use over the internet in the previous 12 months, 2012 and 2016 (% of internet users) - Source: Eurostat (isoc_ec_ibuy) 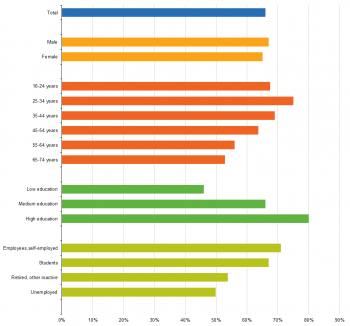 Figure 3: Internet users who bought or ordered goods or services for private use over the internet in the previous 12 months, EU-28, 2016 (% of internet users) - Source: Eurostat (isoc_ec_ibuy) 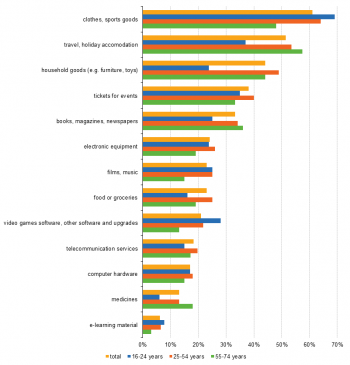 Figure 4: Online purchases, EU28, 2016 (% of individuals who bought or ordered goods or services over the internet for private use in the previous 12 months) - Source: Eurostat (isoc_ec_ibuy) 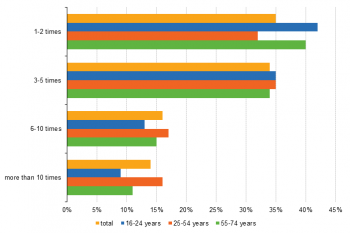 Figure 5: Number of times people shopped online, EU-28, 2016 (% of individuals who bought or ordered goods or services over the internet for private use in the previous 3 months) - Source: Eurostat (isoc_ec_ibuy) 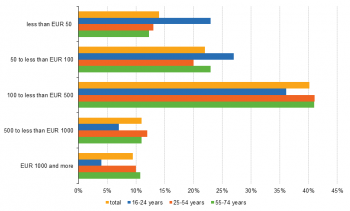 Figure 6: Money spent on online shopping, EU-28, 2016 (% of individuals who bought or ordered goods or services over the internet for private use in the previous 3 months) - Source: Eurostat (isoc_ec_ibuy)

Figure 7: Problems encountered when buying over the internet, EU-28, 2016 (% of individuals who bought or ordered goods or services over the internet for private use in the previous 12 months) - Source: Eurostat (isoc_ec_iprb) 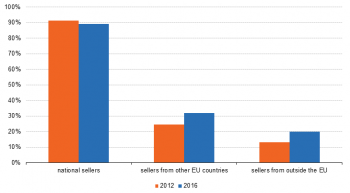 Figure 8: National and cross-border purchases by e-shoppers, EU-28, 2012 and 2016 (% of individuals who bought or ordered goods or services over the internet for private in the previous 12 months) - Source: Eurostat (isoc_ec_ibuy)

Two thirds of internet users in the 12 months prior to the survey (hereafter referred as "internet users") made online purchases in the same period. Overall, the share of e-shoppers in internet users is growing, with the highest proportions being found in the 16-24 and 25-54 age groups (68 % and 69 % respectively).

The proportion of e-shoppers varied considerably across Member States, ranging from 18 % of internet users in Romania to 87 % in the United Kingdom.

The most popular type of goods and services purchased online in the EU was clothes and sport goods (61 % of e-buyers), followed by travel and holiday accommodation (52 %). E-shoppers aged 16-24 were the top age group when it came to clothes and sports goods purchases (69 %), those aged 25-54 in buying household goods (49 %) and the older age group (55-74) in online purchases of travel and holiday accommodation (57 %).

Proportion of e-shoppers growing steadily, with the biggest increase among young people

Buying over the internet is very popular in the EU. The proportion of individuals aged 16-74 having purchased online in the 12 months prior to the survey stood at 55 % in 2016 (Table 1). Consumers appreciate the convenience of being able to shop anytime anywhere, having access to a broader range of products, comparing prices and sharing their opinion on goods with other consumers.

84 % of individuals aged 16 to 74 in the EU had used the internet in the 12 months prior to the survey, of whom 66 % had bought or ordered goods or services for private use. Online purchases by internet users increased by 16 percentage points compared to 2007 (Figure 1).

About 35 % of e-shoppers had in the previous three months bought goods or services for private use once or twice and a third had done so three to five times. The proportion of e-shoppers who had made online purchases over 10 times was lowest, at 14 % (Figure 5).

The largest proportion of people buying online once or twice is found among those aged 16-24 (42 % of e-shoppers), followed by individuals aged 55-74 (40 %). People aged 25-54 stand out as making more frequent purchases: 17 % of e-shoppers in this age group bought online 6-10 times in the three months prior to the survey and 16 % did so even more often.

Almost seven e-buyers out of ten reported that they did not encounter any problem when buying or ordering goods or services in the previous 12 months. The problems encountered most often by EU online shoppers were related to slower delivery than had been indicated at the time of making the purchase (17 %). Some 13 % had problems in the form of technical failure of a website while ordering or paying, 9 % had received wrong or damaged goods/services, 5 % had difficulties in finding information on guarantees and other legal rights and 4 % were confronted with final costs higher than indicated or found it difficult to make complaints and seek redress after a complaint. About 3 % of online shoppers in each case were confronted with foreign retailers not selling to customers in their country and problems with fraud (e.g. no goods/services received at all, misuse of credit card details) - Figure 7.

Cross-border online purchases can be an indicator of the smooth functioning of the single market for e-commerce and the extent to which consumers make use of wider choices and lower prices. A large majority of e-shoppers in the 12 months prior to the survey made online purchases from sellers in their own country: 89 %, i.e. down by 2 percentage points from 2012 (Figure 8). A rising trend is observed for purchases from sellers in other Member States (from 25 % in 2012 to 32 % in 2016) and from sellers outside the EU (from 13 % in 2012 to 20 % in 2016).

Most countries collected data in the second quarter of 2016. The reference period for the questions on frequency of online shopping and amounts spent was the three months prior to the survey. For data relating to the other e-commerce activities, the reference period was the 12 months prior to the survey, as such activities tend to be irregular and seasonal.

The findings of this survey are used for monitoring several EU policies, in particular the Digital Agenda for Europe, which is one of the pillars of the Europe 2020 strategy (which sets objectives for the growth of the European Union by 2020). The Digital Agenda proposes to better exploit the potential of Information and Communication Technologies (ICTs) in order to foster innovation, economic growth and progress. One of its main objectives is the completion of the Digital Single Market, in which the free movement of persons, services and capital is ensured and where the individuals and businesses can seamlessly access and exercise online activities under conditions of fair competition, and a high level of consumer and personal data protection, irrespective of their nationality or place of residence. The completion of the Digital Single Market is currently one of the political priorities of the European Commission. It covers three areas: promoting better online access to goods and services across Europe; designing an optimal environment for digital networks and services to develop; ensuring that the European economy and industry takes full advantage of the digital economy as a potential driver for growth.