This article introduces a set of statistical articles which analyse the structure, development and characteristics of the economic activities in the construction sector in the European Union (EU). According to the statistical classification of economic activities in the EU (NACE Rev 1.1), this sector covers NACE Section F (which is the same as NACE Division 45). Its activities are treated in more depth in five further articles, each corresponding to a different NACE group and covering a different chronological stage of the construction process: 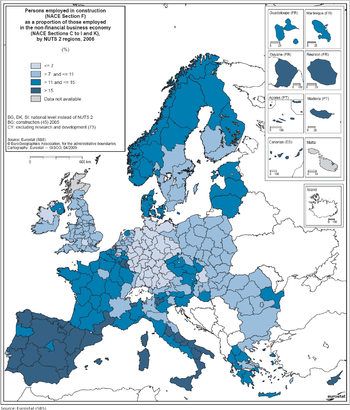 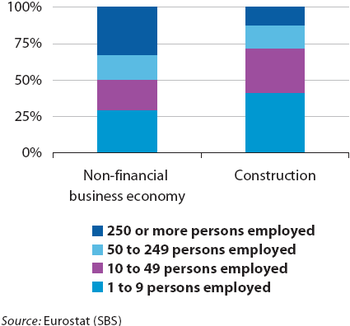 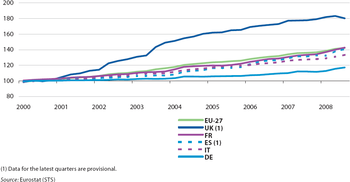 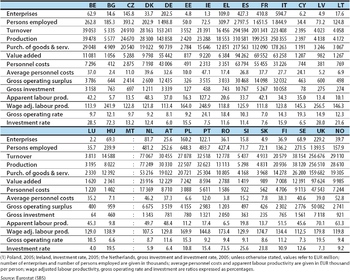 Some technical activities related to the construction sector, although not formally part of it, such as architectural services or landscaping, are classified in the business services sector (see Business services statistics - NACE Rev. 1.1). Some providers of real estate services, such as property developers, are closely related to construction and these are covered in the article on Real estate statistics - NACE Rev. 1.1.

The construction sector (NACE Section F) had around 2.9 million enterprises that together generated a combined value added of EUR 510.0 billion in the EU-27 in 2006 and employed 14.1 million persons, equivalent to 9.0 % of the non-financial business economy’s (NACE Sections C to I and K) value added and 10.9 % of its employment. Among this workforce the proportion of paid employees was 82.2 % in the EU-27 in 2006, below the non-financial business economy average of 86.5 %, which reflected the relatively high levels of self-employment in certain areas within this sector.

Developments in output, costs and prices

The development of construction output in the EU-27 and some of the larger Member States – based on the 'classification of constructions' (rather than NACE) shows that building work followed an upward trend for several years through to the first quarter of 2008. The most recent data (at the time of writing) shows a sharp fall in output, with building production down 1.4 % in the second quarter and by a further 0.7 % in the third quarter of 2008. The fall in the second quarter of 2008 was the biggest quarter on quarter reduction in EU-27 output in more than a decade.

The long-term development for civil engineering in the EU-27 was somewhat different, with short cyclical movements since the mid-1990s. However, between the first quarters of 2006 and 2008 there was a period of sustained growth, with output increasing overall by 9.8 %. After the first quarter of 2008 the situation reversed and negative rates of change were recorded for civil engineering, -1.5 % in the second quarter of 2008 and -0.1 % in the third quarter.

Construction cost indices for residential buildings for the same Member States show that growth was lowest in Germany and highest in the United Kingdom between 2000 and the middle of 2008, with the other three economies recording cost increases that were slightly below the EU-27 average.

Turning from capital to operating expenditure, the share of personnel costs was relatively high in the construction sector, 22.8 % in the EU-27 in 2006. This high share reflected the labour-intensive nature of these activities, and was around 40 % above the non-financial business economy average of 16.1 %. Furthermore, each of the five construction subsectors recorded a share above the non-financial business economy average, with general construction (19.5 %) appearing as the least labour-intensive.

Apparent labour productivity in the EU-27's construction sector in 2006 was EUR 36.2 thousand per person employed and average personnel costs were EUR 27.9 thousand per employee. Both of these were below the equivalent averages for the non-financial business economy, particularly the apparent labour productivity. The relatively low levels of these two ratios in the construction sector are all the more notable given the small proportion of part-time employment within this sector (part-time employment has the effect of making these ratios lower). Indeed, most of the other activities that recorded particularly low values for these two indicators, for example, retail trade or accommodation and food services, were characterised by considerably higher levels of part-time employment. The wage-adjusted labour productivity ratio combines the two previous ratios, and shows the extent to which value added per person employed covers average personnel costs per employee. This composite indicator is less affected by issues of part-time employment and so facilitates analysis between activities. In the EU-27's construction sector in 2006, this ratio was 129.7 %, indicating that value added per person employed was 29.7 % higher than average personnel costs per employee. This was conspicuously lower than the average for the non-financial business economy which was 151.1 %. Four of the five NACE groups that make up the construction sector recorded a wage-adjusted labour productivity ratio in the EU-27 below the average for the non-financial business economy. The exception was the renting of construction or demolition equipment, which recorded a ratio of 175.0 %.

Other data sources include short-term statistics (STS), the Labour force survey (LFS) and the Directorate-General for Economic and Financial Affairs.

Building and civil engineering projects typically take much longer from conception to completion than in many other sectors, and often involve a large number of sub-contracting enterprises with various specialisations. Construction projects are often a key factor in urban regeneration, and also in maintaining or developing transport and communication infrastructure. Nevertheless, construction projects impact upon the environment in a number of ways, notably the change in land use, the consumption of materials and fuel, the production of waste, as well as noise and air emissions.

Another characteristic of construction activity is that it is particularly cyclical, influenced by business and consumer confidence, interest rates and government programmes. The level of confidence among construction enterprises, according to the European Commission's Directorate-General for Economic and Financial Affairs is presented in terms of a balance of positive compared with negative responses. This measure turned positive in July 2006 for the first time since June 1990, peaked in September 2006 and then became negative again in November 2007. During 2008, the fall in construction confidence accelerated and fell particularly strongly in the final quarter of 2008, such that by December 2008 the balance was down to -32.3 %. At the time of writing, with overall economic activity declining in many Member States, major public sector funding for infrastructure projects has been proposed by a number of governments as one means of stimulating activity and creating jobs.