This article has been archived, for articles on this topic with up to date data, please see Healthcare_activities_statistics_-_preventive_services. 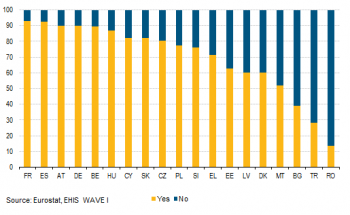 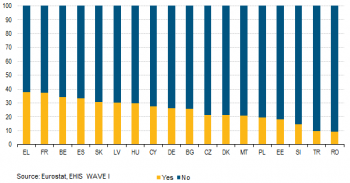 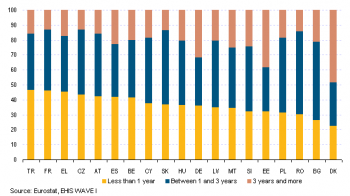 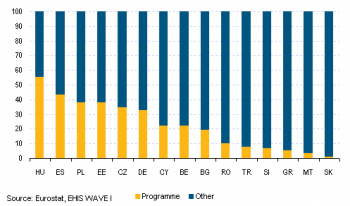 Figure 4: Participation in mammography screening by national screening program and other initiative (all women aged 15 years and over)
Source: Eurostat (hlth_ehis_hc2) 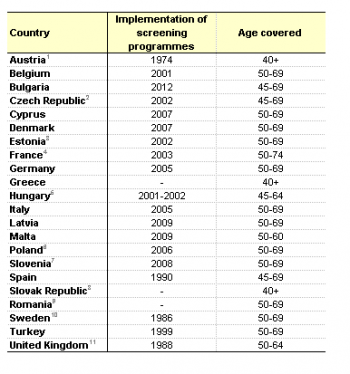 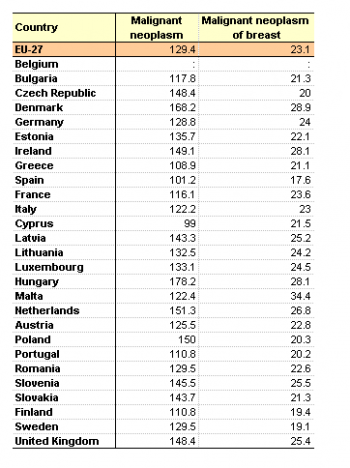 Cancer of the breast is one of the most common types of cancer among women worldwide. In 2009, the standardised death rate of breast cancer for the EU-27 stood at 23.1 deaths per 100 000 inhabitants[1]. The risk of breast cancer increases with age, family cancer history, unusual hormonal and reproductive factors, unhealthy life style and many other factors. There are three forms of breast examination: a mammogram (X-ray of the breast by a specialist), a clinical examination of the breast (by a doctor or a nurse to look for changes or lumps) and self-examination of the breast. This statistical article focuses on mammographic screening in selected European countries.

In 2003, the European Parliament (EP) adopted a Resolution (A5-0159/2003) to combat breast cancer and stated that '…Every woman should have access to high-quality screening treatment, and any disparities in access should be minimized….' Apart from other calls on Member States, the EP also sought then to reduce mortality from breast cancer by 25 % and the disparity rate by 5 % in European Union countries and this to be achieved by 2008[2]. It also promoted the provision of breast cancer screening for all women aged 50-69 years every two years.

Women aged from 50 to 69 are usually called to undergo a mammogram every two or three years. Any woman who has reached the age of 53 should have had at least one mammogram by then. Nowadays there is a growing tendency to extend screening activities for the remaining age groups, i.e. those aged less than 50 and women over 69[5]. Breast cancer screening by mammography is very costly. This might have an impact on the availability of mammography units in some countries.

First data from European health interview survey (EHIS) Wave I were published in Eurostat website in December 2010. Few graphs based on breast cancer screening variables are set out here. EHIS only asks for a breast cancer screening that is carried out by mammography (=mamma (breast) + graph (picture)). Seventeen countries sent microdata to Eurostat. Some aggregated data were received from Denmark and Germany. In the United Kingdom, only administrative data for England are available and figures are based on the report Breast Screening Programme, England 2010-2011. The reference years for the 17 countries in the EHIS survey vary (Table 1). Most of the countries launched the survey in 2008.

Figure 2 shows data for women under 50. Among the countries studied, Greece is top of the list with nearly 38 %, followed by France (37.2 %) and Belgium (34.2 %). As in Figure 1, Turkey and Romania account for the lowest share, with less than 10 % of women undergoing a mammography.

In line with the recommendation to undergo a mammography every two or three years, Figure 3 shows the percentage distribution of the mammography for women of all ages (starting 15+) who had ever undergone the examination within either the past 12 months either in more than one year, but not more than three years or in 3 years ago and more[7]. For many countries Figure 3 illustrates large proportions of mammography within one year or three years.

Finally, information about the type and onset of breast-cancer screening programmes (essentially including mammography) in the countries studied is provided in Table 2. The timelines vary between countries and between regions within countries. There are also different types of programmes: population-based and non-population based programmes, regional and national programmes and programmes that can be said to follow (or not follow) European Union standards (European Guidelines). To give a better overview of the countries studied, Table contains only information when national or regional screening programmes began (regardless of whether EU standards were followed or the programme covered the whole population).

Notes in reference to Table 2

Table 3 contains the standardised death rate per 100 000 inhabitants for selected countries in 2009.