Europe Day celebrates peace and unity in Europe. The date marks the anniversary of the historic 'Schuman declaration'. At a speech in Paris in 1950, the French foreign minister, Robert Schuman, set out his idea for a new form of political cooperation in Europe, which would make war between Europe's nations unthinkable. Click here for more information on Europe Day.

On this occasion, Eurostat publishes an entertaining video depicting a statistical portrait of the average European man and woman. 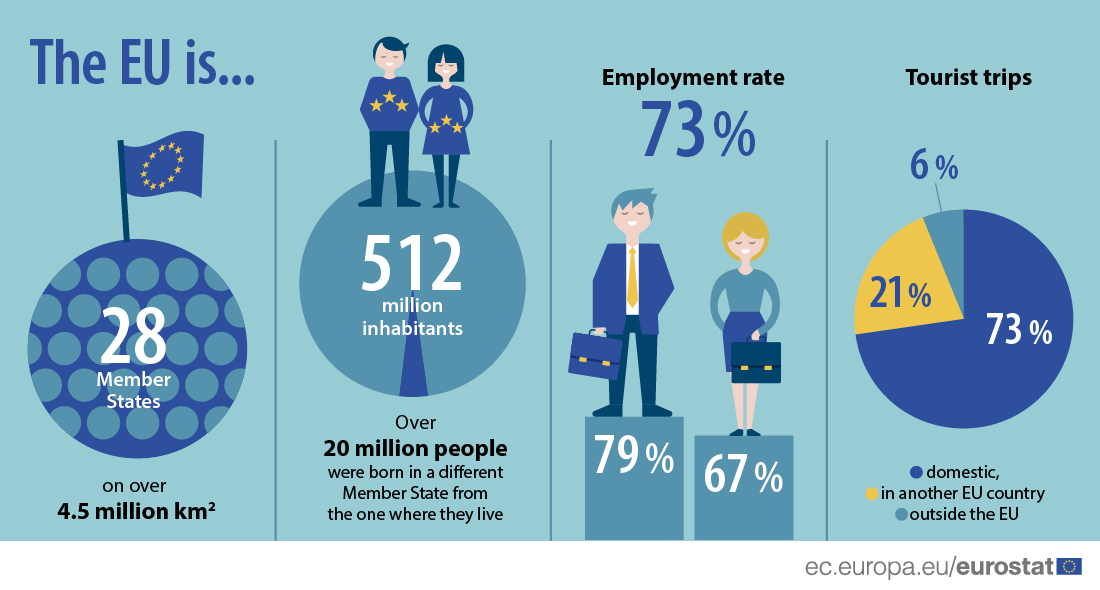 If you have any comments or would like to give us your feedback on this video please contact us via estat-web-content@ec.europa.eu.

If you have questions on Eurostat statistics, please contact our support team. Contact details can be found here.