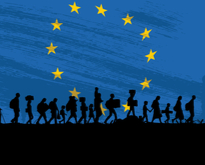 This information comes from data on asylum applicants recently published by Eurostat.

Venezuelans (47 100 or 17% of the EU total) ranked second and notably 96% of Venezuelans were granted protection status in Spain. 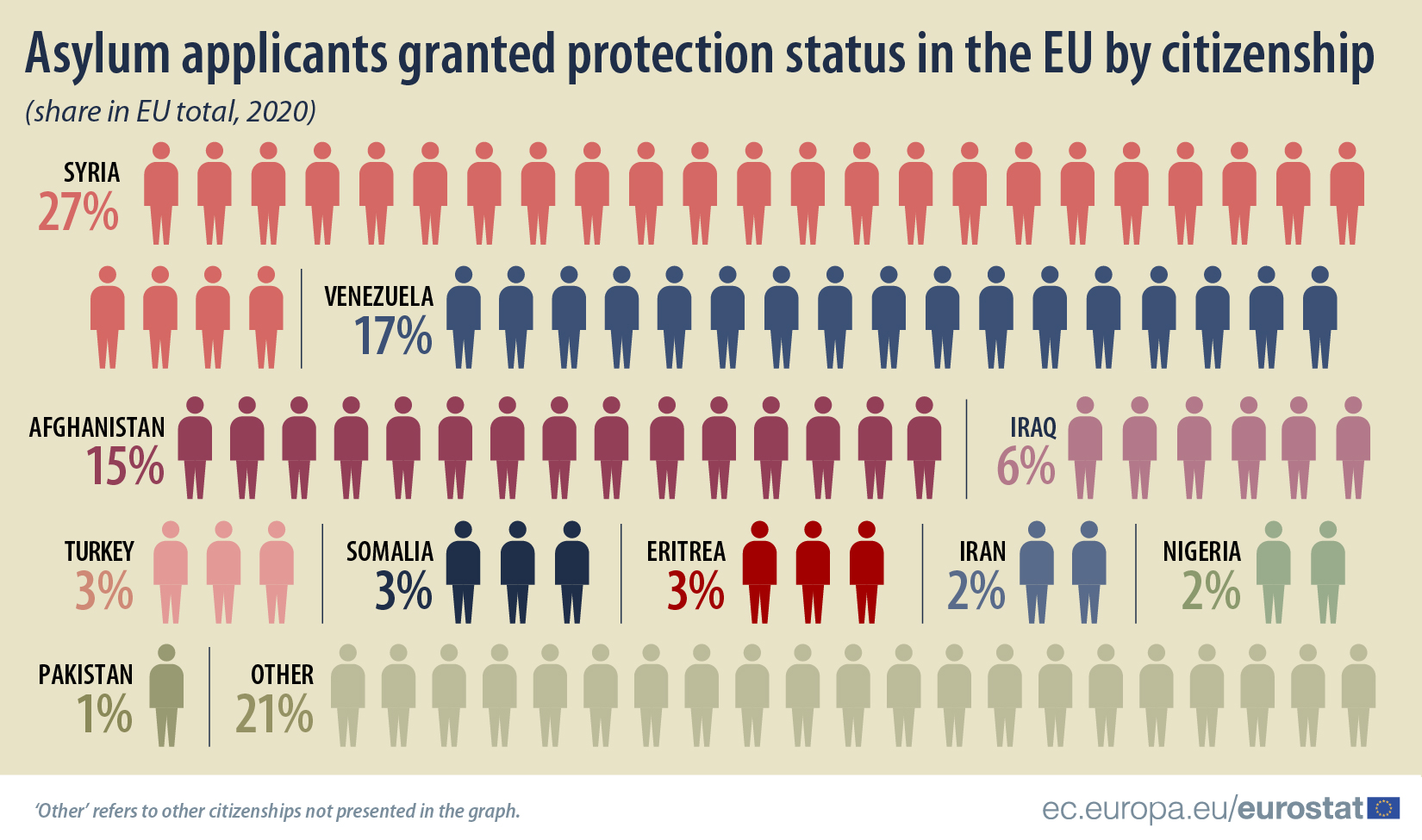 Among the top twenty citizenships that received first instance decisions in 2020, Venezuelans (95%), Syrians (85%) and Eritreans (81%) had the highest recognition rates, while Colombians (2%), Georgians (4%) and Albanians (5%) had the lowest. 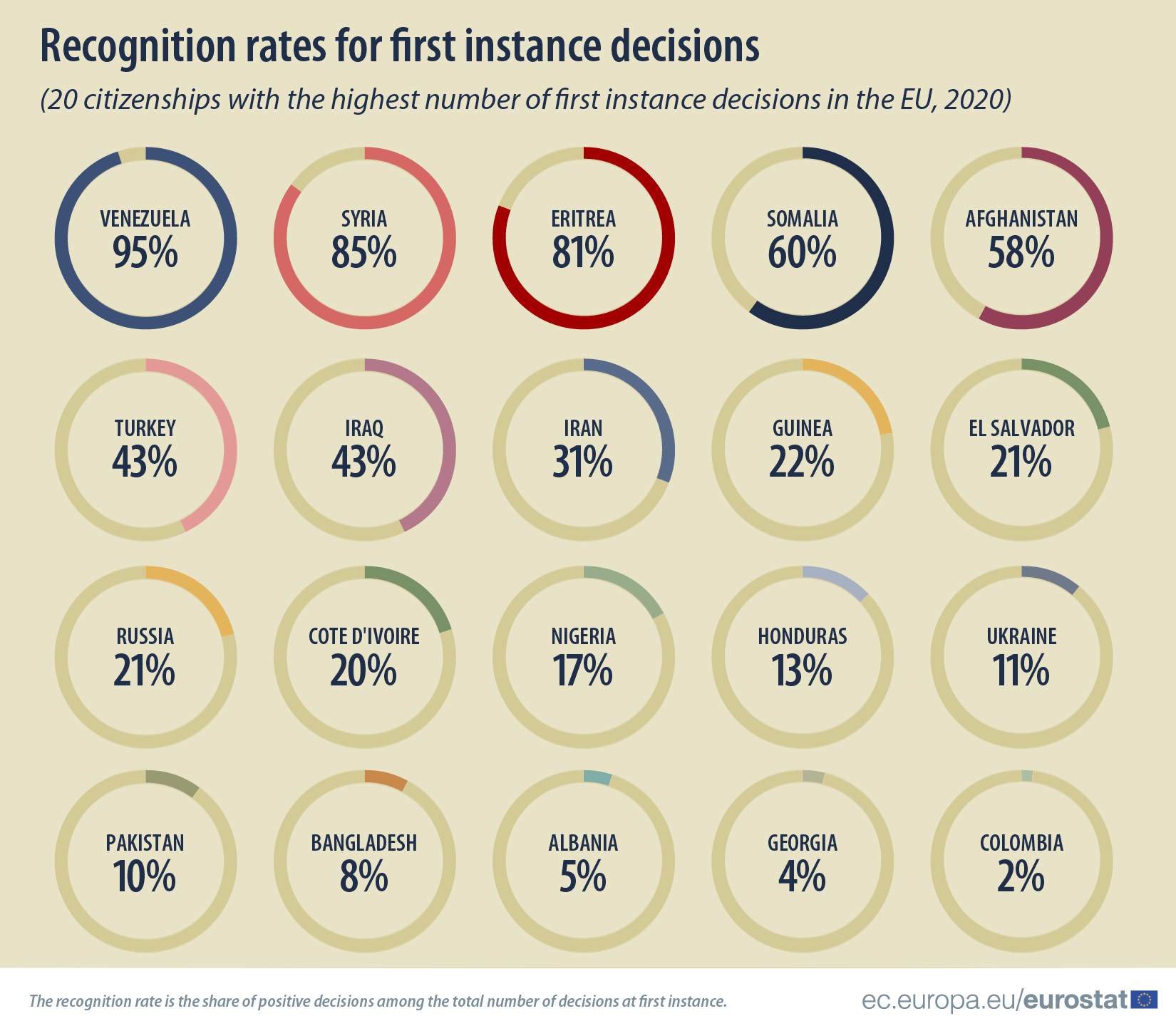 Among the top twenty citizenships that received final instance decisions in appeal or review in 2020, Syrians (74%), Afghans (54%) and Malians (45%) had the highest recognition rates, while Georgians (3%), Albanians (5%) and Armenians (8%) had the lowest. 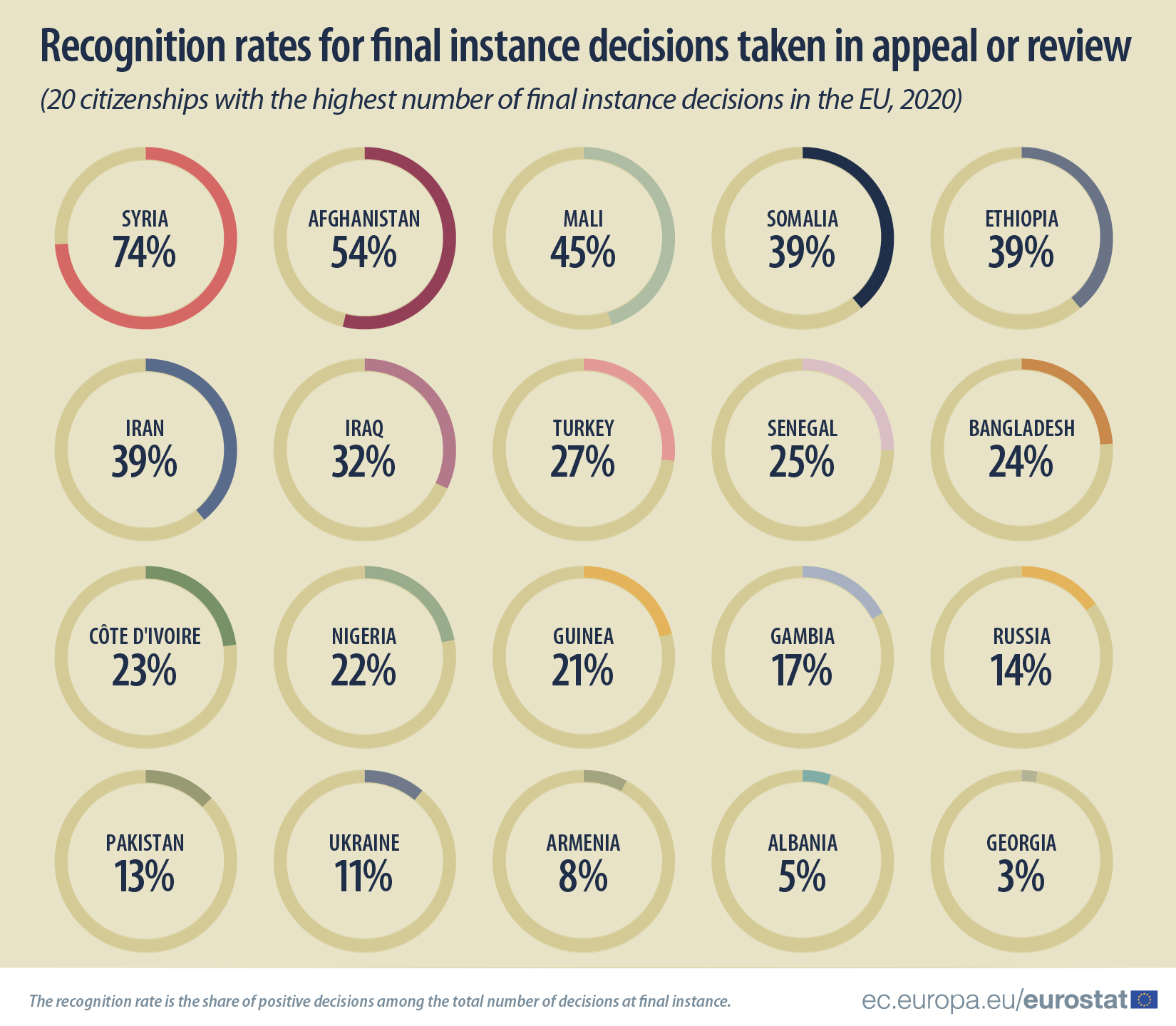