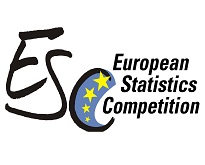 After months of stiff competition, the results of the European Statistics Competition are finally in. But let's rewind briefly to where it all began...

In October 2017, Eurostat and 11 National Statistical Institutes jointly launched the first European Statistics Competition of its kind. Over 11 000 students aged 14-18 took part. They had to solve statistical problems, search for data and produce statistical analyses. The top 180 students qualified to represent their countries in the final European round. This required them to produce two-minute videos on why official statistics matter in our societies today. And they rose to the occasion, submitting incredibly creative and entertaining videos.

To help select the winning teams from such talented contributions, Eurostat and the National Statistical Institutes were honoured to draw on the expertise of the European selection committee. Given the high quality of the videos, this was not an easy task. But after lengthy deliberations, the jury was swayed by two contributions that stood out for their ability to tell a compelling, fun and accurate story.

Team Pakila9D (Finland) takes first place in the junior age group (14-16). Their video features two students talking to each other about the uselessness of statistics. Another student overhears this and intervenes. Through witty dialogues, drama and real-life examples, he explains why official statistics matter for politics, society and the individual. In the end, he convinces his critical peer and, with him, the jury.
Team JML (Slovenia) finishes strongly in second place, while third place goes to team Moc_zbioru (Poland). The videos showcase the diversity of the submissions, ranging from student presentations to cartoon animations. In both cases, the jury felt that the level of curiosity invoked by these submissions, together with their informative nature, truly made them stand out. The same goes for the remaining two contributions in the jury's top 5 from team CATS (Spain) and team Leostat (Italy).

In the senior age group (16-18), first prize goes to team Toivasnik (Finland). In their contribution, the students explore the role of official statistics in politics and underline their importance in providing unbiased facts for decision-makers. Through clever jokes and engaging visuals, they communicate their message so effectively, that the jury was compelled to listen to it.

A close second place goes to team Hypothesis (Cyprus), while team Leonardo (Italy) finishes strongly in third place. In both videos, the transposition of theory into practice astounded the jury, which was impressed by the content and level of creativity. The jury also felt positively about the remaining two contributions of its top 5 from team Matinfy (Poland) and team ALFEGMS3 (Slovenia).

The two winning teams will be invited to the Q2018 conference in Krakow on 26 June, where they will receive their award from Mariana Kotzeva, Director-General of Eurostat.

The initiative aims to promote awareness of sound statistics in an age of fake news. It does so by promoting statistical literacy and curiosity among students, while encouraging teachers to use new educational materials based on official statistics.

Alan Smith, Financial Times, expert in data visualisation
Alexios Mantzarlis, director of the International Fact-Checking Network at the Poynter Institute
Ineke Stoop, Netherlands Institute for Social Research and chair of the European Statistical Advisory Committee
Kerstin Hänsel, Head of the division on communication strategy, marketing and corporate design at Destatis, Germany
Olga Kusnierska, Head of Communications at the Schwarzkopf Stiftung
Rob O'Donnell, Board Member of Organising Bureau of European School Student Unions (OBESSU)
Sonia Livingstone, Professor of Social Psychology at the Department of Media and Communications of the London School of Economics
Tim Allen, Acting Head of the Communication Unit at Eurostat

More videos will be published on the ESS Facebook page in the coming days.