Welcome to the European Year of Youth! - Products Eurostat News

Back Welcome to the European Year of Youth!

Print Welcome to the European Year of Youth! 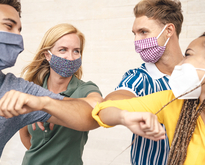 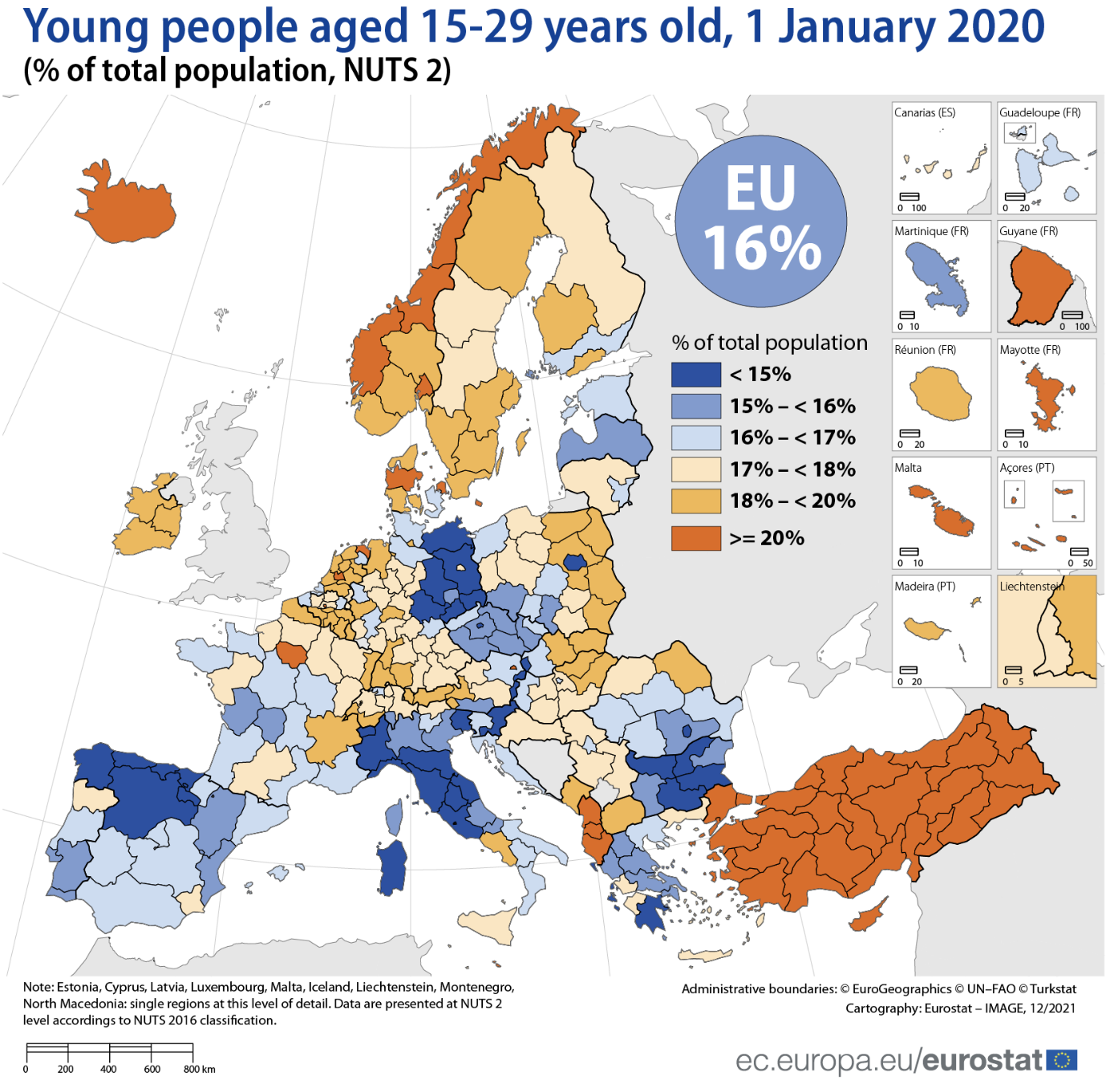 Among the EU Member States, the Île-de-France region had the highest number of young people between 15 and 29 years old in 2020 (2.4 million). Following that were the regions of Lombardy (1.5 million), Andalusia (1.4 million), Catalonia and Rhône-Alpes (both 1.2 million), and Madrid and Campania (both 1 million).

However, relative to population size, the highest shares of 15 to 29 year-olds in the EU were found in French Guiana and Mayotte (both in France) as well as Groningen (in the Netherlands), where 23% of the population were young people. These were closely followed by Cyprus (single region at this level of detail), the Capital region of Denmark and the Spanish autonomous region of Melilla (each 21%).

By contrast, the lowest shares of young people in the EU were found in Chemnitz and Brandenburg in Germany (both 11%), Thuringia, Mecklenburg-Western Pomerania, Saxony-Anhalt (all in Germany), and Asturias in Spain (all 12%).