Across the EU, there are significant differences in terms of the sector that holds general government gross debt. Among Member States for which data are available, the share of general government debt held by the (resident) financial corporations sector at the end of 2021 was highest in Sweden (74%), followed by Denmark (73%), Czechia (67%), Croatia (65%), the Netherlands and Italy (both 63%) and Poland (60%). In contrast, the largest proportion of debt held by non-residents (rest of the world sector) was recorded in Cyprus (89%), ahead of Estonia (70%), Lithuania (65%) and Latvia (64%).

Generally, across the EU, less than 10% of debt was held by the resident non-financial sectors (non-financial corporations, households and non-profit institutions serving households), with the noticeable exceptions of Hungary (25%), Malta (17%), Portugal (13%) and Ireland (10%).

This information comes from data on general government debt in the EU published by Eurostat today. The article presents a few findings from the more detailed Statistics Explained article. 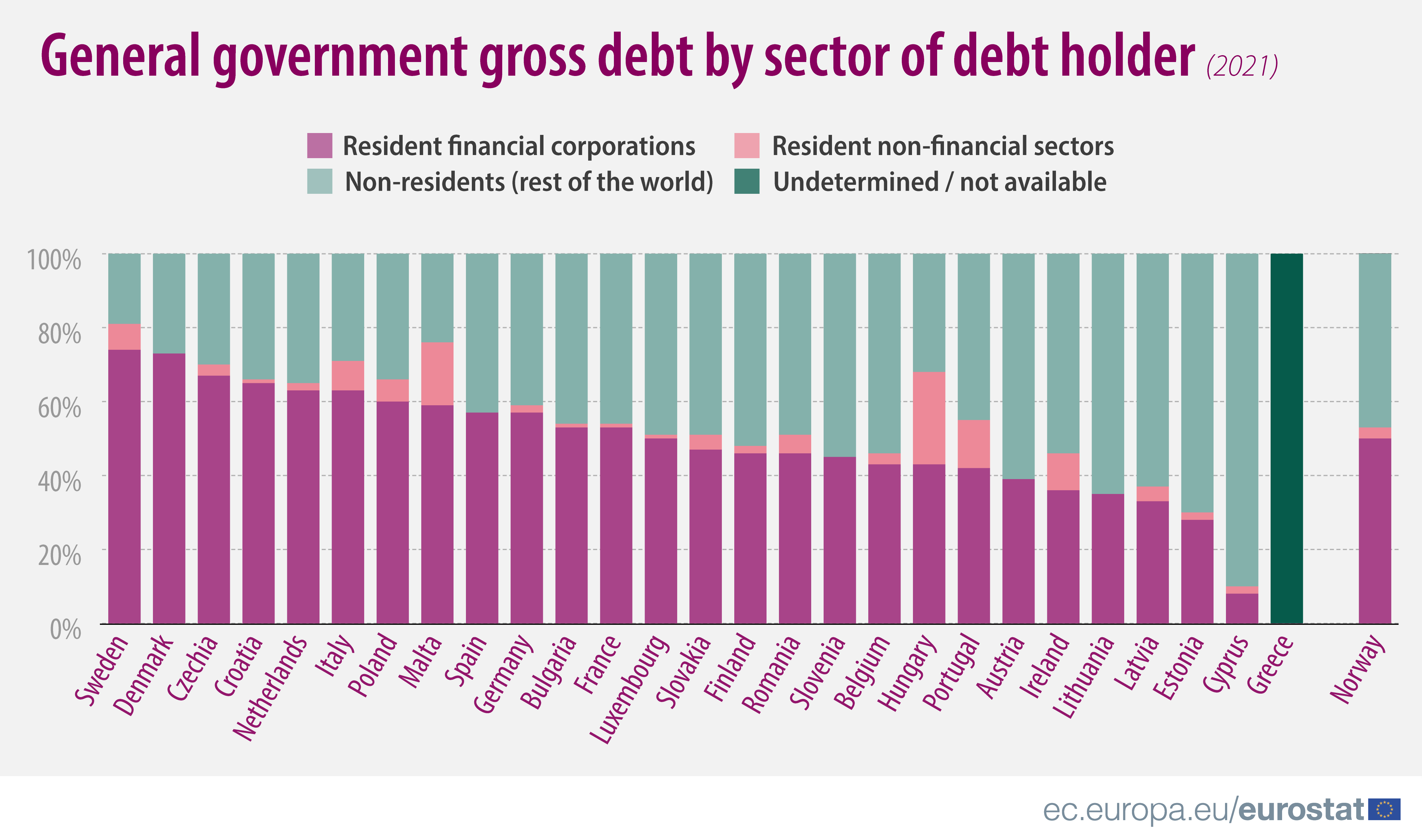 For 18 euro area Member States, all or almost all (>99 %) of their central government gross debt at face value was denominated in national currency(1): Belgium, Estonia, Ireland, Cyprus, Lithuania, Luxembourg, Finland, Portugal, Malta, France, Latvia, Spain, Slovakia, Netherlands, Slovenia, Italy, Austria and Greece. Among euro area countries, only for Germany more than 1% of the central government gross debt was not denominated in euro. 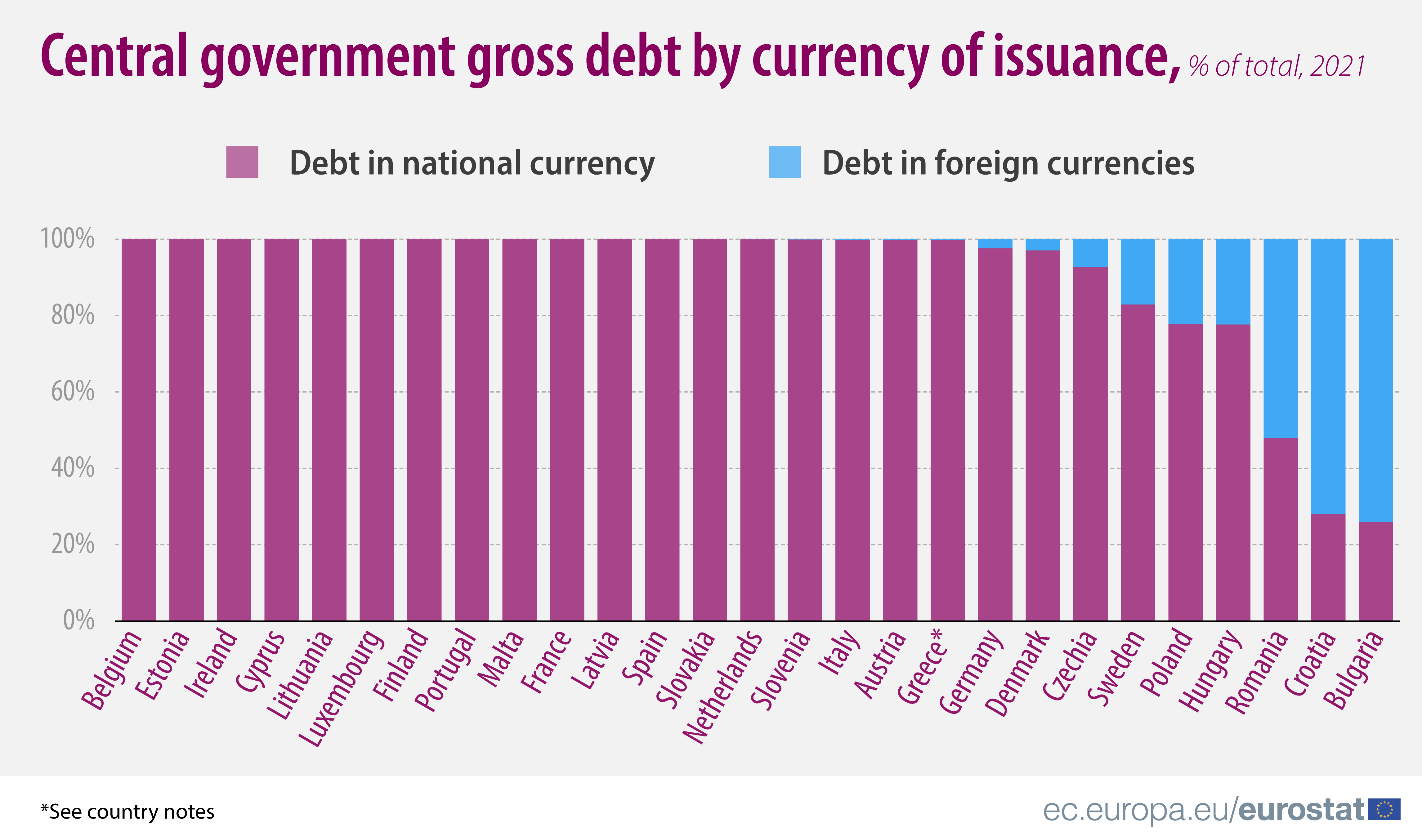