These estimates come from data on labour costs levels published by Eurostat today. This article presents only a handful of findings from the more detailed Statistics Explained article.

Lowest in Bulgaria, highest in Denmark 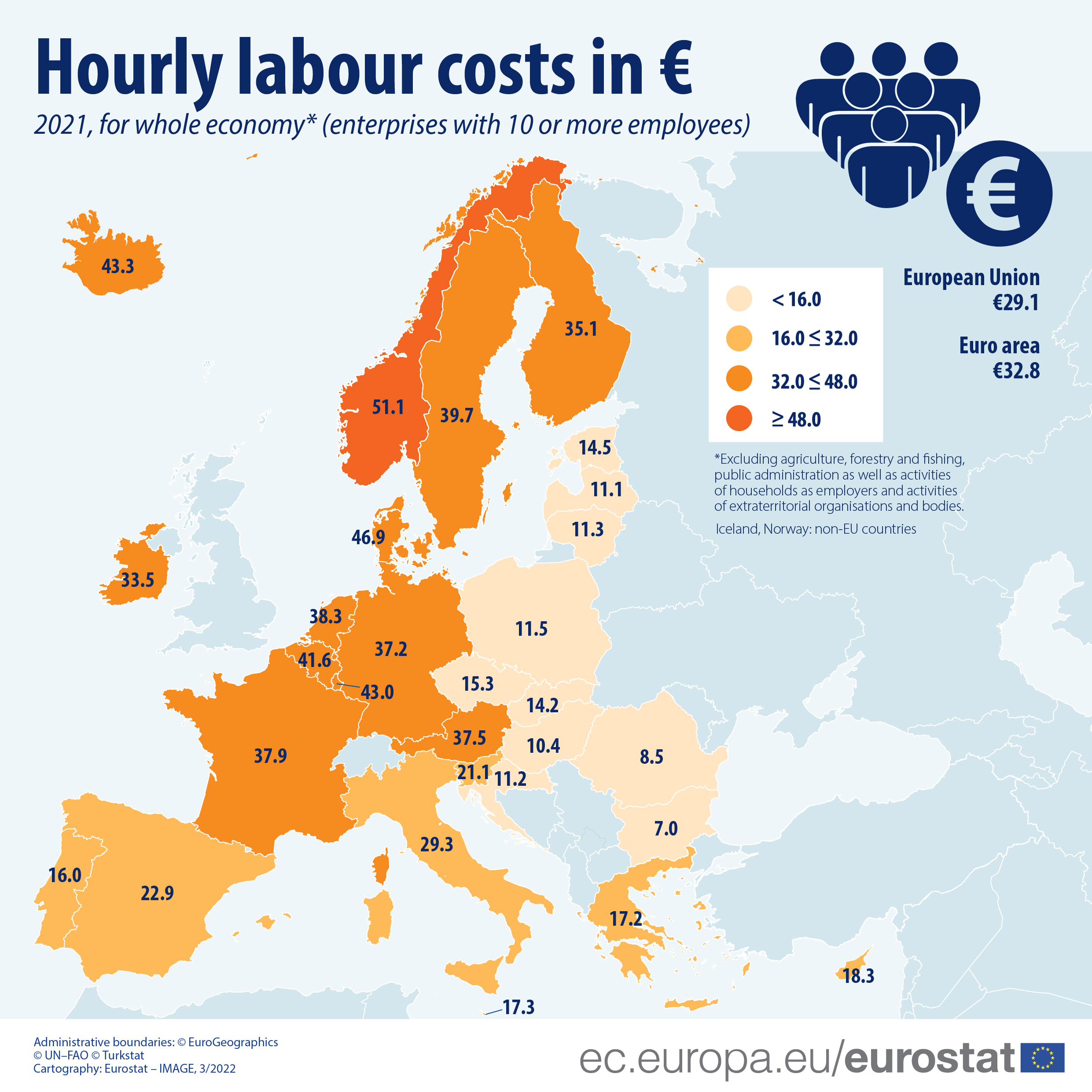 For Member States outside the euro area, the hourly labour costs expressed in national currency increased in 2021 in all countries, with the largest increases recorded in Bulgaria (+9.1%), Poland (+8.2%) and Hungary (+7.3%). They increased least in Sweden and Croatia (+3.0% each).

In 2021, most Member States extended the validity of support schemes introduced in 2020 to alleviate the impact of the COVID-19 pandemics on enterprises and employees. They mainly consisted of short-term work arrangements and temporary lay-offs fully or partly compensated by government. Those schemes were generally recorded as subsidies (or tax allowances) with a negative sign in the non-wage component of labour costs.