Back Four in ten young adults hold a tertiary degree 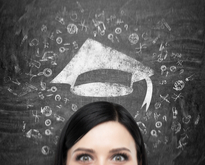 The EU Member States have set themselves a target of increasing the share of the EU population aged 25-34 who have completed tertiary education to 45% by 2030. 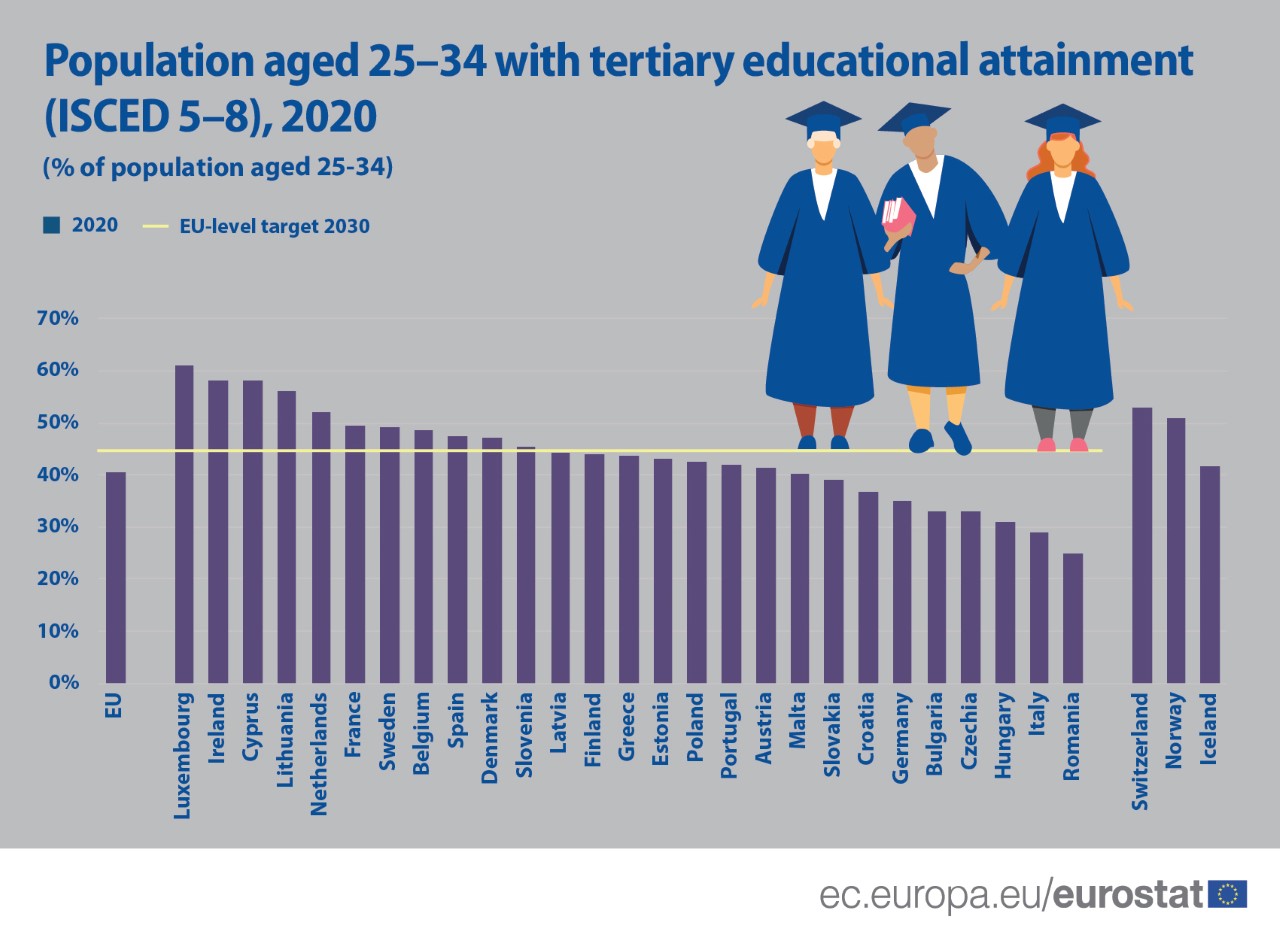 Share of population with tertiary education attainment highest in Luxembourg, lowest in Romania

Eleven Member States have already met the 2030 EU-level target for this indicator: Belgium, Denmark, Ireland, Spain, France, Cyprus, Lithuania, Luxembourg, the Netherlands, Slovenia and Sweden. In five of these, more than half of people aged 25-34 had a tertiary level of education in 2020: Luxembourg (61%), Ireland and Cyprus (both 58%), Lithuania (56%) and the Netherlands (52%). 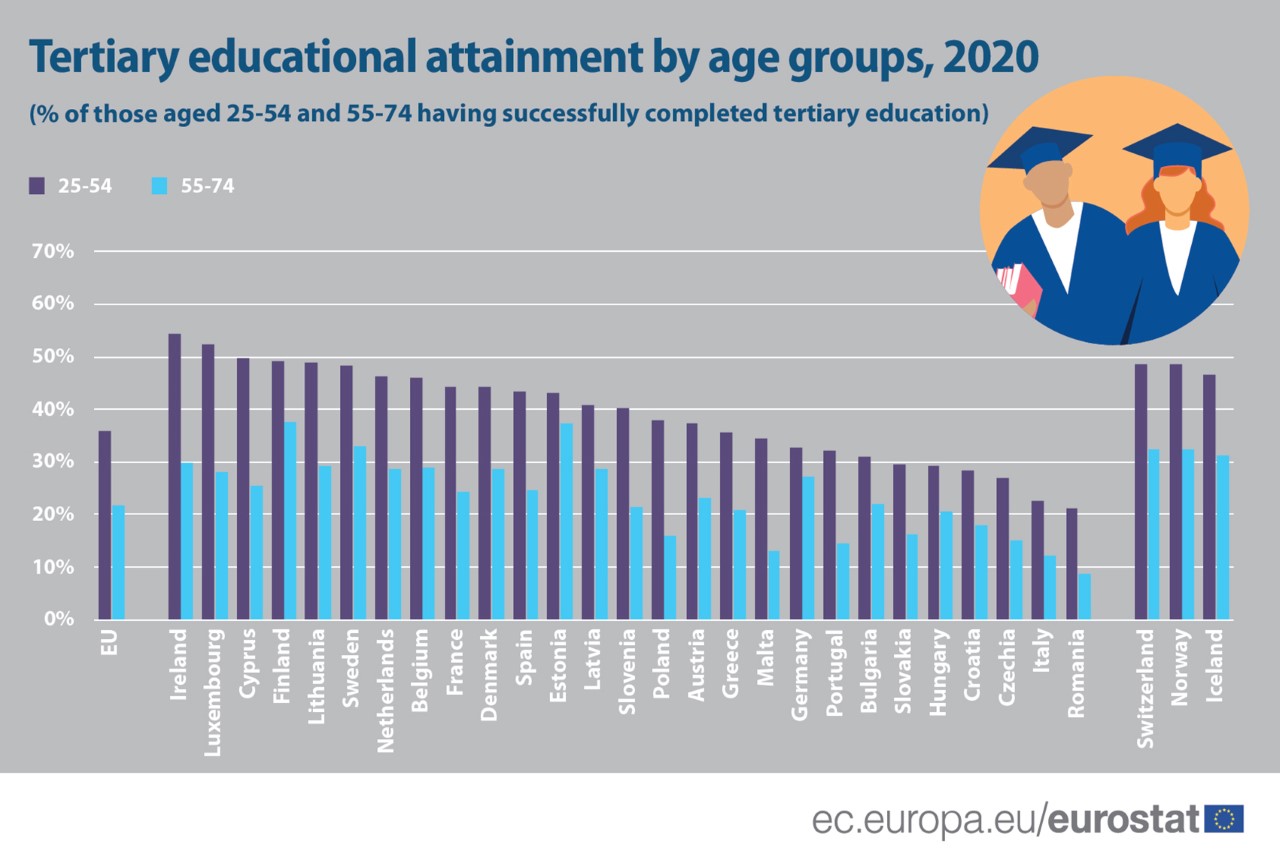 Looking at the differences between age groups in educational level attainment, there is a clear age divide: 36% of the EU population aged 25–54 had tertiary level education compared with 22% of those aged 55–74.

The largest differences between the age groups were recorded in Ireland (25pp), Luxembourg and Cyprus (both 24pp), Poland (22pp) and Malta (21pp). At the other end of the scale, there were four countries with the difference below 10pp: Bulgaria and Hungary (both 9pp), Germany and Estonia (both 6pp).