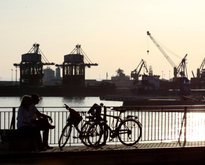 In 2019, EU Member States exported almost 1 million bicycles and other cycles, worth a total of €368 million, to countries outside of the EU. This represents a 24% increase in numbers compared with 2012.

Over the same period, EU Member States imported over 5 million bicycles, worth €942 million, from countries outside the EU. Compared with 2012, this represents a decrease of 12%.

In addition, EU Member States exported 191 900 electric bicycles worth €272 million in 2019 (the data include bicycles with pedal assistance and an auxiliary electric motor with a continuous rated power less than 250 W). Meanwhile, they imported 703 900 electric bicycles, worth €594 million, from countries outside the EU. 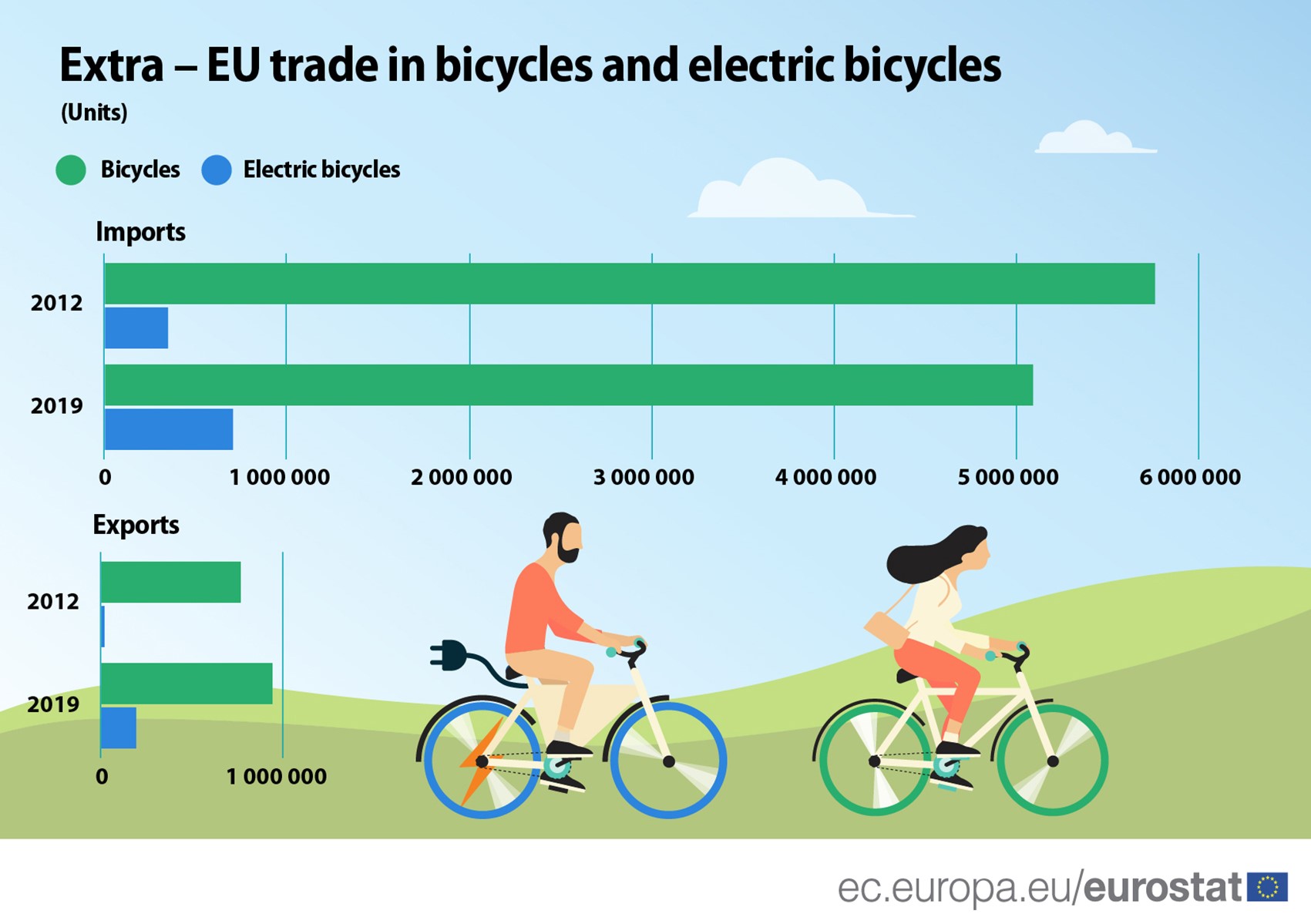 In 2019, the United Kingdom was the main destination of EU bicycles (36% of total extra-EU bicycle exports), followed by Switzerland (18%), ahead of Turkey (6%), Uzbekistan and Norway (both 4%). Meanwhile, Switzerland and the United Kingdom were the main destinations for EU exports of electric bicycles (33% and 29% of total extra-EU electric bicycle exports respectively), followed by Norway (15%) and the United States (13%).

In 2019, imports of bicycles from non-EU countries came mainly from Cambodia (24% of total extra-EU bicycle imports), Taiwan (15%) and China (14%), followed by Philippines (9%), Bangladesh and Sri Lanka (both 7%). While imports of electric bicycles into the EU came primarily from Taiwan (52% of total extra-EU electric bicycle imports), followed by Vietnam (21%), China (13%) and Switzerland (6%).

If you are interested in latest data production of bicycles, you can read today’s article here.