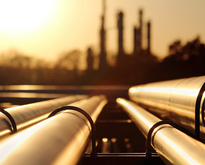 EU Member States have taken restrictive measures to slow down the spread of COVID-19 that have had an impact on the use of fuels for transport, such as limitations in international air traffic and people’s movements. These measures, which began in mid-March, were in full force during the whole month of April 2020.

Preliminary April data show that the decline in demand, which was observed in March 2020 for some transport fuels and in some countries, amplified and spread more widely across the EU.

In April 2020, EU* deliveries of gasoline and diesel fell by -34% and -21% respectively compared with the previous month when the measures began, and by -46% and -25% compared to January 2020 when there were no restrictive measures yet in place.

The air-traffic limitations had a major impact on kerosene, which includes kerosene-type jet fuel. In the EU, demand decreased by -63% and -75% compared to March and January respectively.

* For the purpose of this article, EU aggregates include 26 EU Member States, as data are not available for Greece. 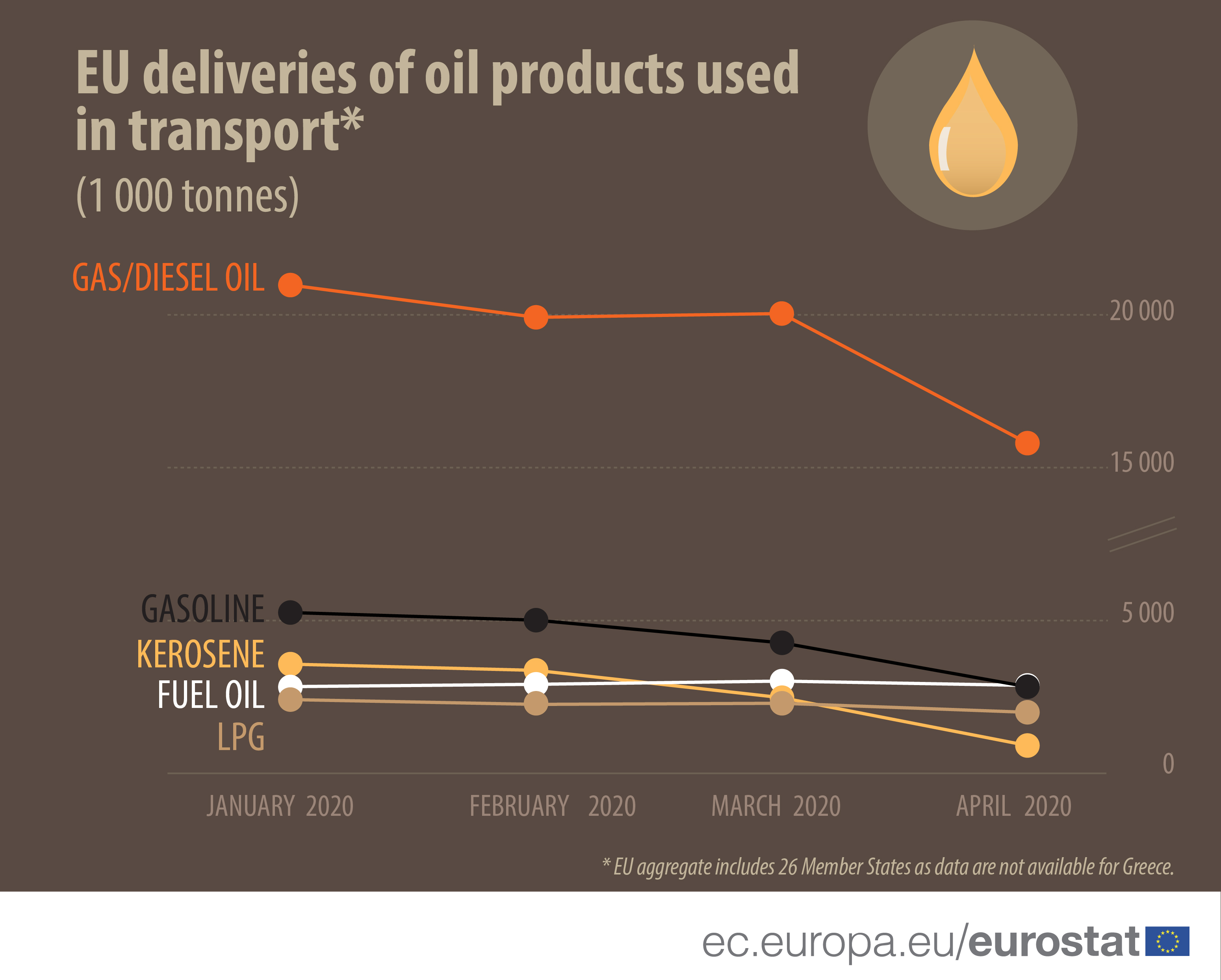 Deliveries of oil products declined across the EU

These are in addition to the decreases already registered in March 2020. 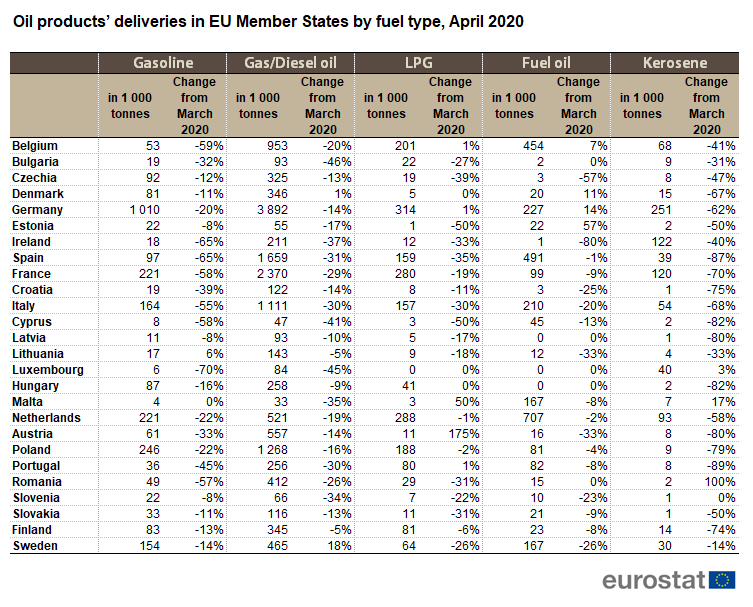