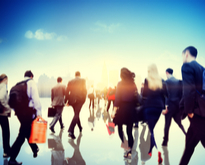 In 2018, among the 193 million employed persons aged 15-64 years in the EU, 6% or 12 million persons commuted to work from one region to another within their country of residence.

The highest rate of regional commuting in 2018 was recorded in Belgium, where one in five (21% of employed) persons commuted to work to a different region. Commuting was also relatively common in the Netherlands (16%) as well as in Hungary, Austria, Denmark, Germany and Lithuania, where around 10 - 11% of the employed crossed a regional boundary to go to work.

The highest shares of regional commuting were found in two Belgian provinces: Brabant Wallon (47%) and Vlaams-Brabant (40%), followed by Pest in Hungary and Flevoland in the Netherlands (both 39%), Burgenland in Austria (37%), Namur in Belgium (32%) and Sjælland in Denmark (30%). 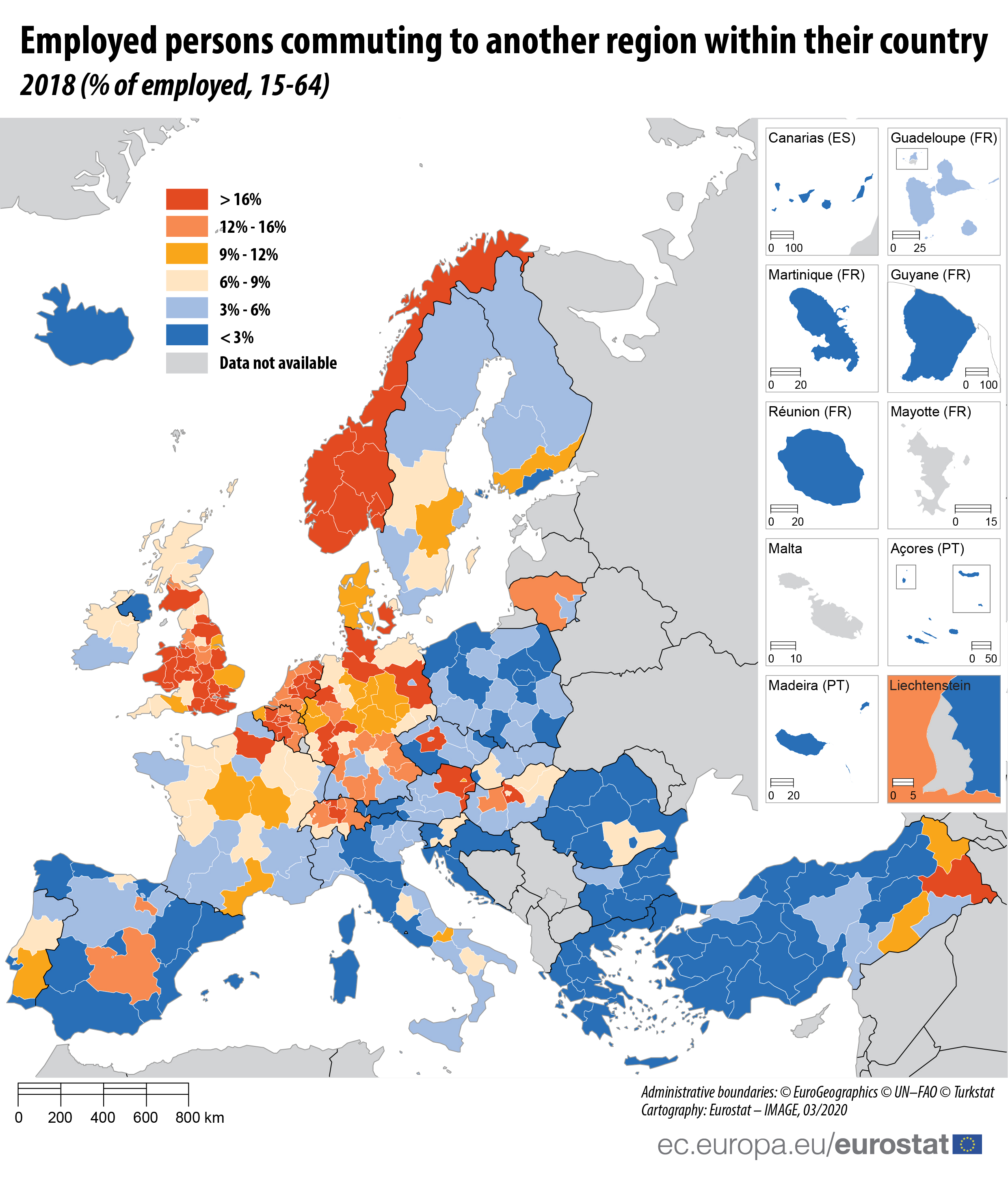 People also commute for work to other countries. In 2018, 2 million employed persons aged 15-64 years, (1% of all employed), commuted from their region of residence to a different country. The highest rate of cross-border commuting for work in 2018 was recorded in Slovakia, where 5% of employed persons commuted for work to a different country, followed by Luxembourg  (4%), Denmark, Croatia and Estonia (3% each).

The highest shares of commuting to different countries were found in Luxembourg province in Belgium (26%), followed by Trier in Germany (14%) and Lorraine and Franche-Comté in France (both 11%).