Economic recovery of EU regions after 2008 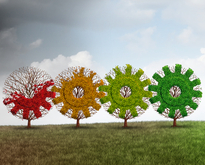 Following a peak in 2008, the value of gross domestic product (GDP) per inhabitant in purchasing power standard (PPS) of EU regions generally fell in 2009 because of the crisis. However, GDP per inhabitant has subsequently risen albeit at a varying pace across EU regions as regional economies have recovered.

In approximately half of 280 EU NUTS level 2 regions, GDP per capita had returned to or rose above its 2008 level within two years. For further 111, GDP per inhabitant remained below its 2008 level for between three and eight years. 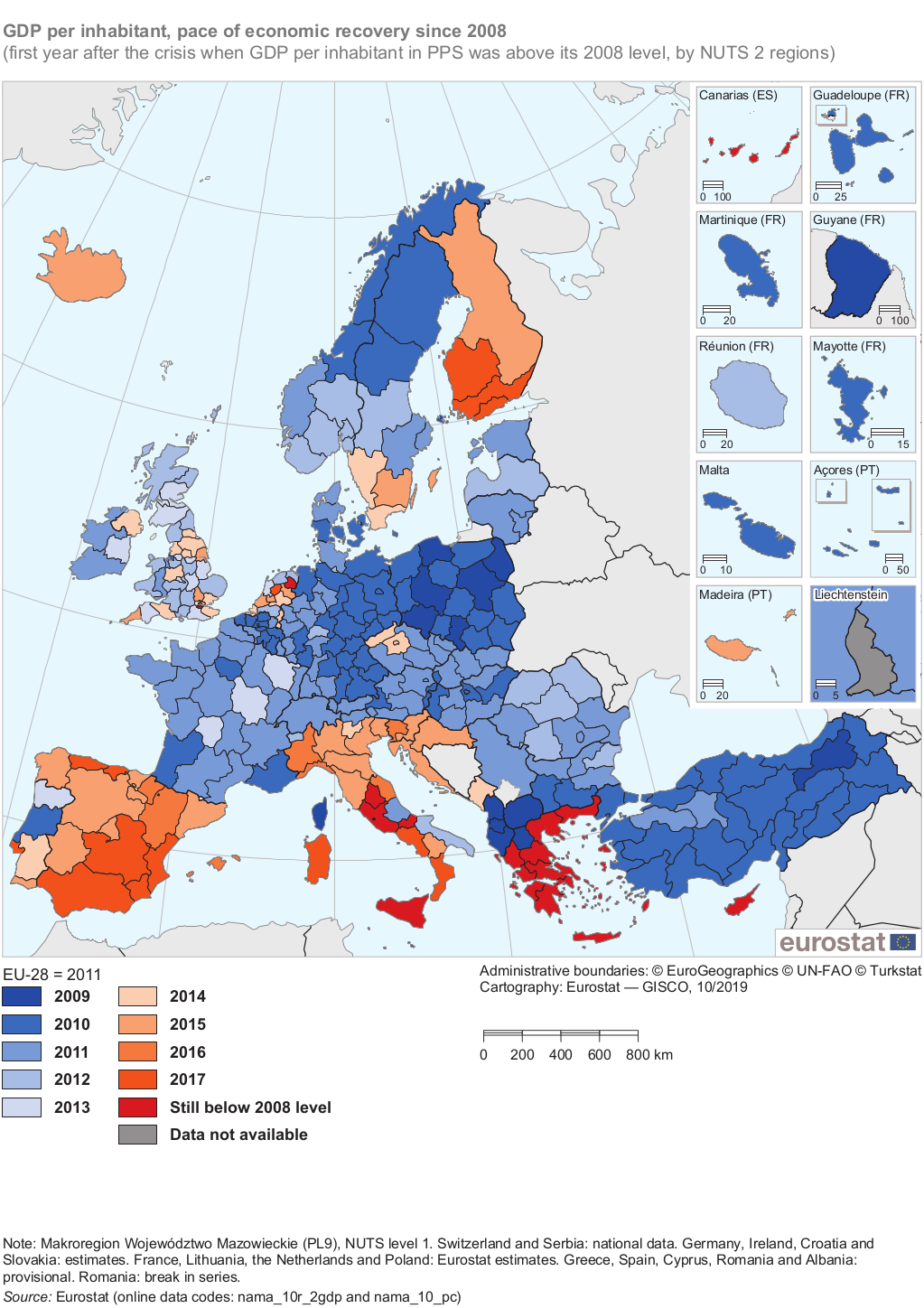 More generally, in most regions in the north, west and east of the EU, GDP per inhabitant had stayed above or returned above their 2008 level by 2013 at the latest; with the exceptions of:

The main concentration of regions whose GDP per inhabitant was still below its 2008 level by 2014 was in the southern EU Member States of Greece, Spain, Italy, Cyprus and Portugal; with the exceptions of:

It is worth noting that in 10 regions, GDP per inhabitant rose rather than fell in 2009.  Six of these regions were in Poland, two in France (Corsica, Guyane) and one each in Greece (Dytiki Makedonia) and Finland (Åland).

Most of these 10 regions experienced an uninterrupted increase in their GDP per inhabitant despite the crisis. This  was the case in Corsica (France) and the six Polish regions. The other three regions — Dytiki Makedonia (Greece), Guyane (France) and Åland (Finland) — recorded a fall one year later. In other words, their GDP per inhabitant peaked in 2009 rather than in 2008.

Are you interested in further information on regional socioeconomic developments? You can find it in the dedicated chapter of the Eurostat regional yearbook 2019. This chapter uses key indicators from a variety of datasets to analyse socioeconomic developments within the EU from 2008 — when the global financial and economic crisis was first felt in the EU — through to the latest period available.