Impact of COVID-19 on EU trade with South Korea

Impact of COVID-19 on EU trade with South Korea drucken

Measures taken by governments to prevent the spread of the COVID-19 pandemic affected the international trade in goods in the beginning of the year.

This news item is published on the occasion of Republic of Korea-EU leaders' video conference meeting, which takes place today. On the occasion of the 10th anniversary of the EU-Republic of Korea partnership, the leaders will discuss how to foster global cooperation in the post-Covid recovery phase. They will also reaffirm their commitment to the rules-based international order, multilateralism and the rule of law.

Trends in EU’s trade with its main trade partners vary

In April 2020 compared with January, EU imported less from all its ten main trade partners, with the exception of China (+12%). The imports from South Korea decreased the least (-12%). 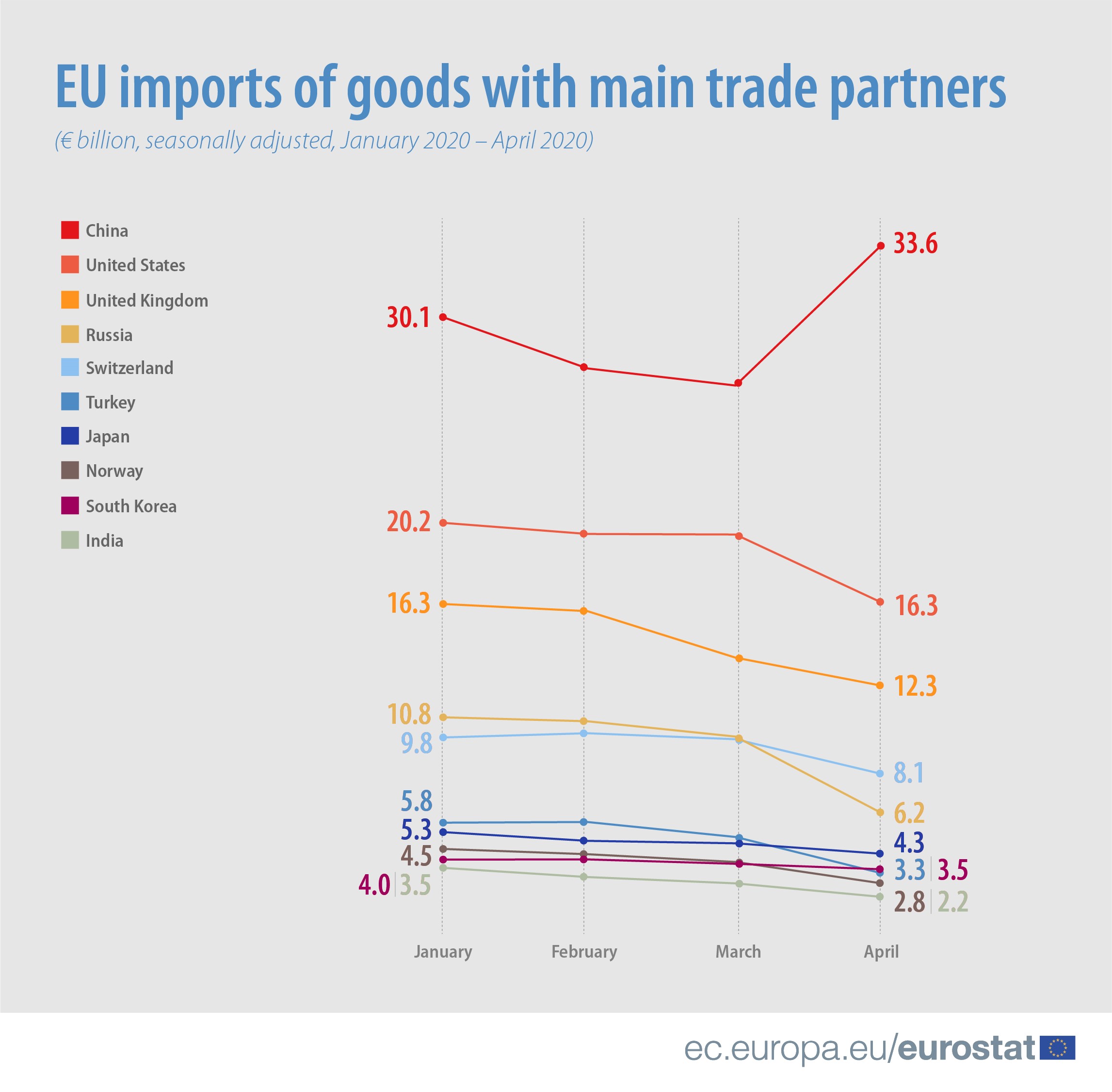 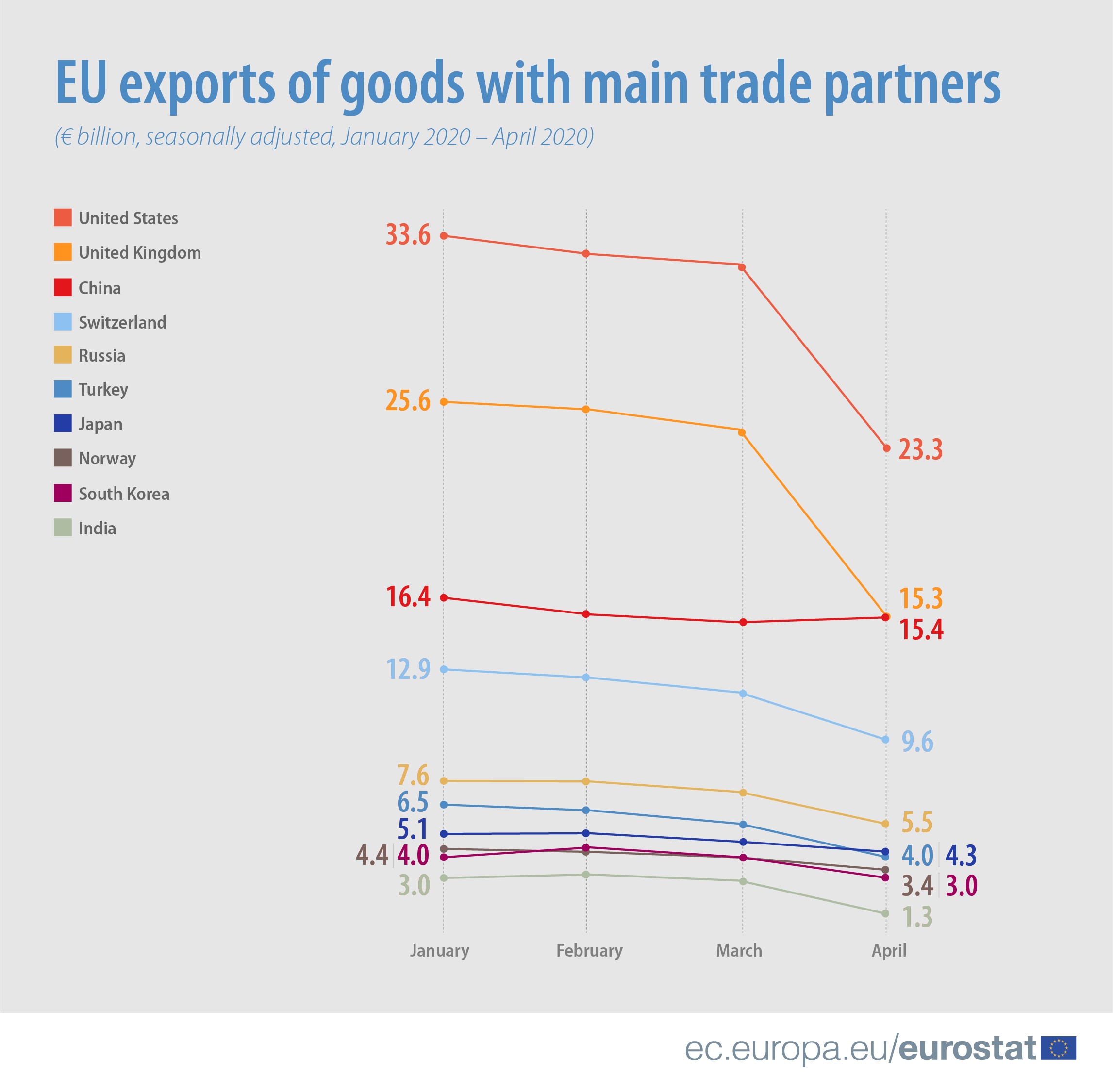 Looking at the goods most traded between the EU and South Korea, despite the general downturn, exports of other machinery (+€659 million, +78%), motor cars and motor vehicles (+€613 million, +36%) and medicinal and pharmaceutical products (+€111 million, +49%) all rose steeply in January-April 2020 compared with January-April 2019.

The largest decreases in exports in absolute terms were observed for aircraft and associated equipment (-€234 million, -43%) as well as for pumps, compressors, fans and related products (-€74 million, -21%). 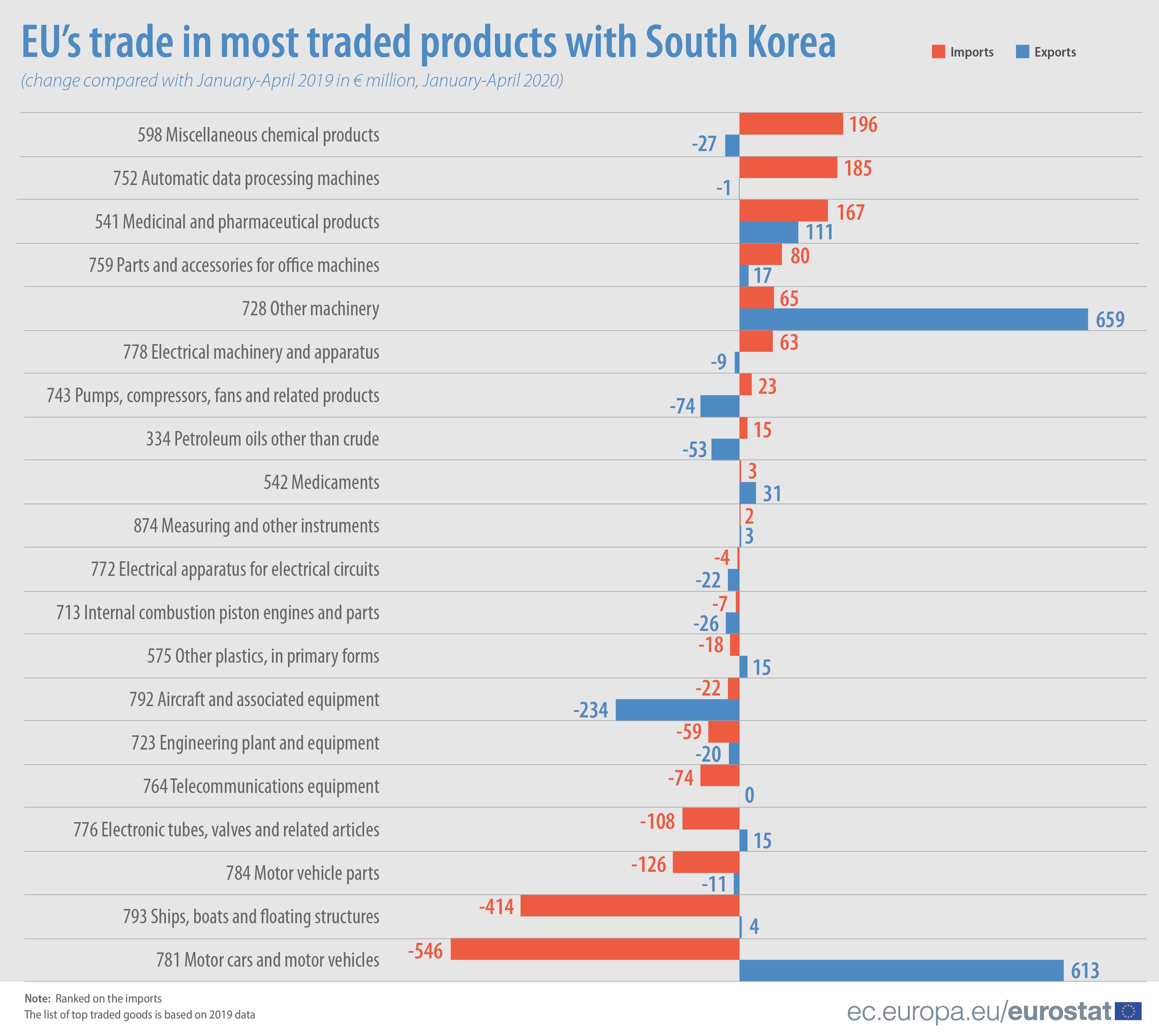 Looking at imports of the most traded goods to the EU from South Korea, the highest increases in January-April 2020 compared with the same period last year were recorded for miscellaneous chemical products (+€196 million, +108%), automatic data processing machines (+€185 million, +76%) and medicinal and pharmaceutical products (+€167 million, +24%).

The list of these top goods was established based on 2019 data: these goods covered 57% of total trade in goods in 2019. Fourteen products belong to machinery and vehicles, four to chemicals, one each to energy and other manufactured products. The most traded product group in 2019 at this level was motor cars and motor vehicles. For more information, you can read the Statistics Explained article on South Korea-EU - trade in goods.

Methodological note: The EU data reflect the political change in the EU composition, so the United Kingdom (UK) is considered as an extra -EU partner country for the EU for the entire period, although the UK was part of the internal market during this period, meaning that data on trade with the UK were based on statistical concepts applicable to trade between the EU Member States. Consequently, while imports from any other extra-EU trade partner are grouped by country of origin, the UK data reflect country of consignment. In practice this means that the goods imported by the EU from the UK were physically transported from the UK, but part of these goods could have been of other origin than the UK. For this reason, data on trade with the UK are not fully comparable with data on trade with other extra-EU trade partners like South Korea.