On the occasion of the World Wildlife Day 2020, the European Commission launched a new global coalition for biodiversity. With this communication campaign, the Commission is calling for stronger mobilisation in raising awareness about the need to protect biodiversity, ahead of the crucial CoP 15 meeting of the Convention on Biological Diversity in 2021.

The Commission is turning to all national parks, aquariums, botanic gardens, zoos, science and natural history museums, research centers to join forces and raise their voice about the nature crisis.

With their collections, education and conservation programmes, these institutions are the best ambassadors to inform the public about the dramatic effects of the biodiversity crisis. The Commission also encourages national, regional and local authorities, non-governmental organisations, businesses, scientists and individual citizens to play their part.

During CoP 15, the 196 Parties to the United Nations Convention on Biological Diversity are expected to adopt a new global framework to protect and restore nature, as much-needed as the Paris Agreement focusing on the climate urgency. Following the Summit, the focus of the coalition for biodiversity will be on coordinated actions with tangible impact aimed at bending the curve of biodiversity loss. 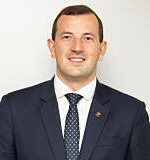 All species, from bacteria to mammals, plants to insects, are pieces of the big puzzle of life. They are all connected and depend on each other. Yet one species, our species, is now responsible for the climate crisis and the nature crisis, causing massive biodiversity loss. By destroying Earth ecosystems, we humans are jeopardizing our food, our health, our economy and our own future.

World botanic gardens, zoos, parks, museums, research centers and aquariums show us what we need to protect and restore on this planet. We urgently need to take action, at all levels, from local to global, otherwise, our only chance of seeing nature is in these institutions.That would be a failure of humankind. It is time for us to reconnect with nature.
Virginijus Sinkevičius - EU Commissioner for the Environment, Oceans and Fisheries

Find out more about joining the coalition on ec-biodiversity-coalition@ec.europa.eu

The global coalition “United for #Biodiversity” is supported by: