All whale species and other cetaceans are protected from deliberate disturbance, capture or killing within EU waters. The EU legislation prohibits the keeping, transport and sale or exchange of specimens taken from the wild and bans the introduction of cetaceans into the Union for primarily commercial purposes. It also contributes to improving the quality of the environment for whales and other cetaceans by promoting a good environmental status of the EU oceans and seas.

However, due to the migratory character of whale populations, EU policy cannot be effective within EU waters if it is not backed by coherent worldwide action under a comparable international regulatory framework.

That framework is provided by the International Convention for the Regulation of Whaling (ICRW) signed in 1946 which stresses both the conservation and management of whale populations at global level.

The Convention includes a legally binding Schedule, which designates protected and unprotected species, open and closed waters including sanctuary areas, and sets catch limits for commercial and subsistence whaling. The IWC exercises its basic responsibilities for both sustainable management and conservation by making amendments to that Schedule in response to requests from Contracting Governments. In virtually all IWC meetings, amendments to the Schedule to the Convention have been proposed to authorize whaling under certain conditions or to set up Sanctuaries.

The IWC regulates commercial whaling and decided in 1982 that there should be a moratorium on commercial whaling on all whale species and populations from 1986 onwards. The EU has always supported the maintenance and full implementation of the moratorium against leading whaling States which have consistently contested it and still carry out whaling for what they call "scientific" purposes or under other exceptions. This polarisation between 'pro-whaling' States only some of whom are engaged in whaling activities, and 'anti-whaling' ones focused on strict conservation remains entrenched.

The Convention also regulates scientific research whaling. In this context, the Schedule asks Contracting Governments to submit scientific permit proposals for scrutiny by the Scientific Committee before their issuance. The Scientific Committee also assists the IWC in assessing the status of stocks, deciding catch limits, and analyzing information relating to whales and whaling. In reference to scientific whaling, the EU remains firm that Article VIII of the ICRW allowing special permit whaling cannot be used to justify what is primarily commercial whaling. On 18 December 2017, the EU has decided to support a statement initiated by Australia and supported by many other countries, which opposed Japan scientific whaling in accordance with the EU line on whaling and in the context of the International Whaling Commission (IWC). The statement has been coordinated within the European Commission and among Member States within the European Council. 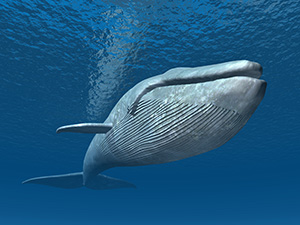 Over time, the IWC has become the international organisation of reference for all aspects related to whales and whaling, undertaking activities such as field research programmes, population modelling, conservation plans, threats knowledge and management. The IWC works on the basis of a Strategic Plan which identifies priority threats to cetaceans (ship strikes, marine debris, bycatch, anthropogenic sound, chemical pollution and climate change) as well as priority actions (sustainable whale watching, conservation management plans, sanctuaries, data collection and reporting). In addition, a new emphasis has been put on the contribution of whales and other cetaceans to regulating ecosystems and providing ecosystem services. As part of its strong policy commitment to conservation, the EU supports IWC proposals for Whale Sanctuaries and for improved welfare of whales.

Another fundamental and integral part of the duties performed by the IWC is the regulation of Aboriginal Subsistence Whaling (ASW), i.e. the hunting of whales carried out by indigenous communities who have a tradition of whaling and hunt whales for their subsistence. ASW is not subject to the moratorium as it is not commercial whaling. The IWC sets ASW catch limits every six years. It is the responsibility of governments to provide evidence of the needs of their indigenous people in the form of a "needs statement" which details the cultural, subsistence and nutritional aspects of the hunt, products and distribution. The IWC decides catch limits, taking into account the needs statement and the IWC Scientific Committee opinion. ASW has often been a contentious issue, both at EU and IWC level but the EU as a whole and Denmark on behalf of Greenland took important initiatives to defuse tensions over ASW, putting the emphasis on regulating ASW through a more consistent and long-term approach.

In relation to all this IWC's work, the EU is guided by its overarching objective, which is to ensure an effective international regulatory framework for the conservation and management of whales, guaranteeing a significant improvement in the conservation status of whales and bringing all whaling operations by IWC members under IWC control.