Finals of the FI-WARE challenges at Campus Party 2014 Brazil

About Building a European data economy

And the winner is...

The FI-WARE project and Campus Party have launched a series of contests, which together will distribute more than 800,000 Euros in prizes. A first contest was held in September 2013 during Campus Party 2013 Europe in London, where FI-WARE challenged Campuseros to build applications on FI-Lab, a live instance of the FI-WARE technologies available to developers for free experimentation with the technology. The potential of the FI-WARE technologies for smart cities has recently been demonstrated at Santander (see also the video).

Two contests were launched end of October 2013, and they focused on:

Both contests handed out 200,000 Euro in prizes. This happened in two phases:

And the winners in the category "Smart Cities" are:

Adverse circumstances such as natural disasters are more and more common worldwide. With advance notice and flexibility, people in intelligent cities are well informed of these risk events, providing for a safer environment. The aim of FI-Guardian is to help intelligent cities become more resistant, aiding in communication, orientation and warning of adverse circumstances such as natural disasters. The solution consolidates tracking system data, centralising information from different sources, and carrying out customisable and intelligent remote sensor analysis, communicating risk events to citizens before they occur. 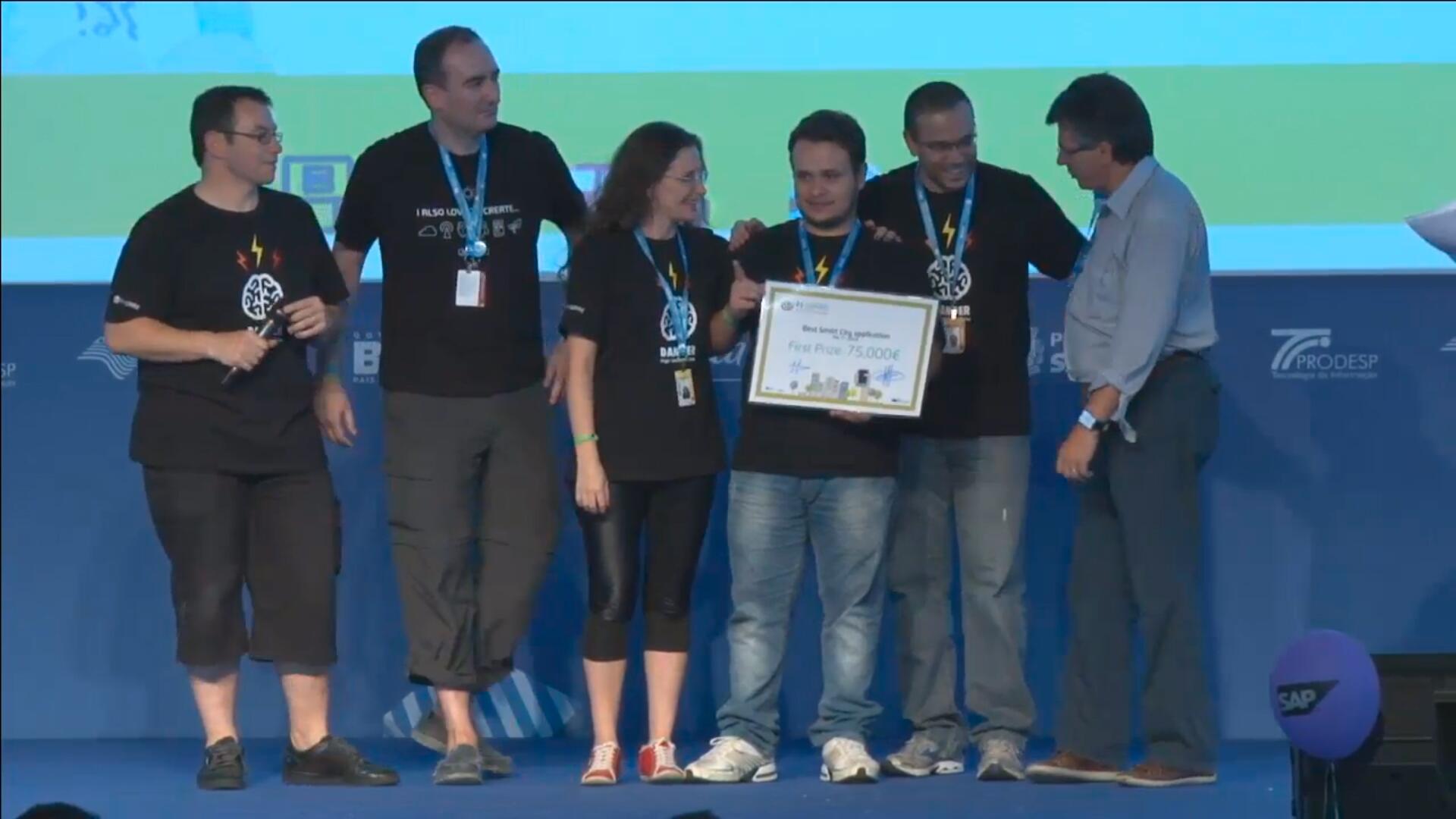 See also an article by Globo, a TV coverage by Globo, and an article by Terra about the winner and its background, including the 2011 floods and mudslides in the state of Rio de Janeiro, which resulted in over 900 deaths. Globo also published an article about FI-Guardian after the Campus Party.

Finding parking in large cities is a nightmare. The Sparky team is building a mobile application and a hardware device to help parking owners share their spaces while not in use and help drivers find a short or long-‐term parking place.

The main objective is to "sensorise" some cities, obtaining a huge source of useful information that consumers can check from their homes through the television screen and a remote control. This team won the first prize at the FI‐WARE hackathon in Santander.

And the winners in the category "Smart Business" are:

Smart Business, first prize: FOODLOOP – Save it all, by Christoph Müller‐Dechent and Maria Rosario Trillo‐Rivas, from Germany 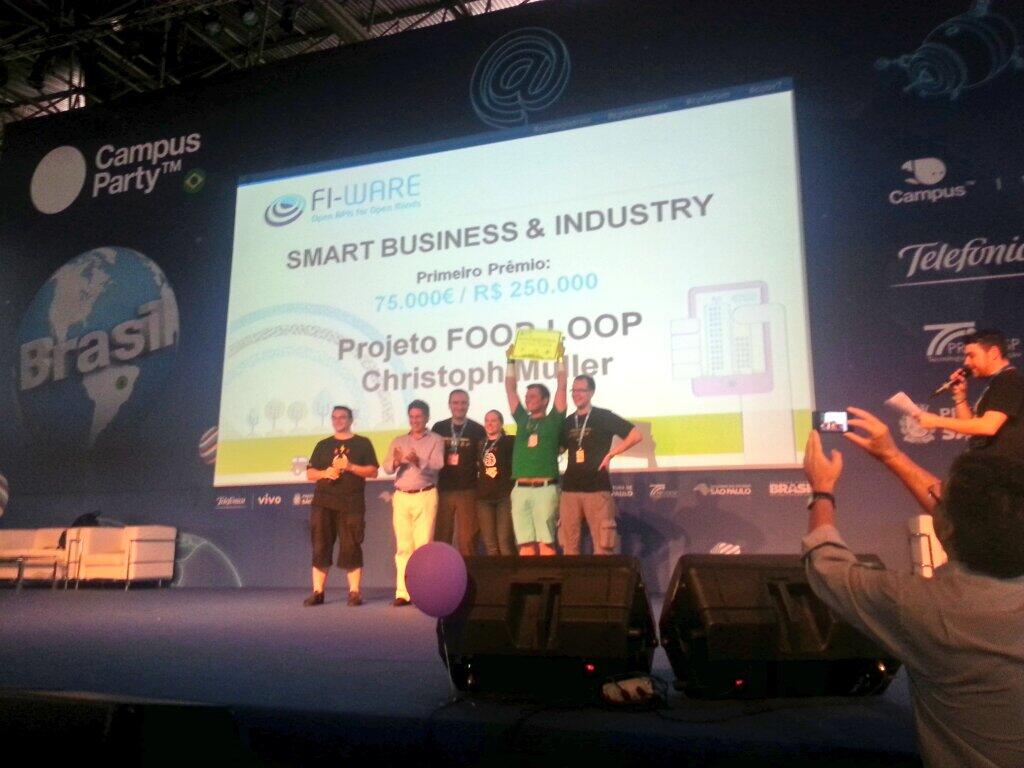 SmarTaxi collects data about the location and condition of the vehicle in real time. The data are stored, processed and reach the driver via the Internet. Thus the driver is able to access and view a "heat map" where the colours indicate the points of greatest concentration of potential customers. The only requirement is that the driver has a smartphone or tablet with Internet connection. The Polytechnic University of Valencia project is intended to provide increased income for taxi drivers and a significant improvement of city services.

Context is a start-‐up that offers solutions based on the exchange of data through Bluetooth Low Energy (BLE) sensor network services. Its concept is simple: companies interested in these services will be marked by these sensors and will be in constant contact with the user via the app. In turn, the client will benefit from the sensors by being able to get the information he needs or to shop. For example, a user views the app and see some products from different brands that interest him. When he clicks on any product he will get more details and options like adding products to a personal collection, see which friends have it in their collections or buy it, either online or by identifying through GPS which closest stores sell it.