The purpose of the Connecting Europe Broadband Fund (CEBF) is to contribute to the achievement of the European Gigabit Society objectives. It aims to raise €500 million for broadband investment by 2020 and is expected to unlock total investments of €1-1.7 billion. Its public investors include the European Investment Bank (EIB), the European Commission, and National Promotional Banks from France (Caisse des Dépôts), Germany (KfW), and Italy (Cassa depositi e prestiti).

The CEBF will invest in underserved areas where there are strong opportunities for profitability. Eligible countries are EU Member States, as well as Norway and Iceland.

The main eligibility criteria for projects can be summarized as follows:

This video is part of a series on broadband roll-out in Europe produced for the European Network of Broadband Competence Offices (BCO Network). Fabrice de Seze of CUBE Infrastructure Managers, who manage the fund, describes the funding instruments it can provide, the ticket size per investment, and the types of projects that are eligible for funding through CEBF.

Find out more about: 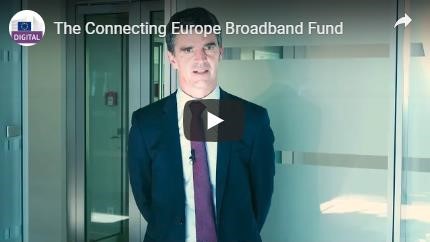